Save 10% on three volumes combined 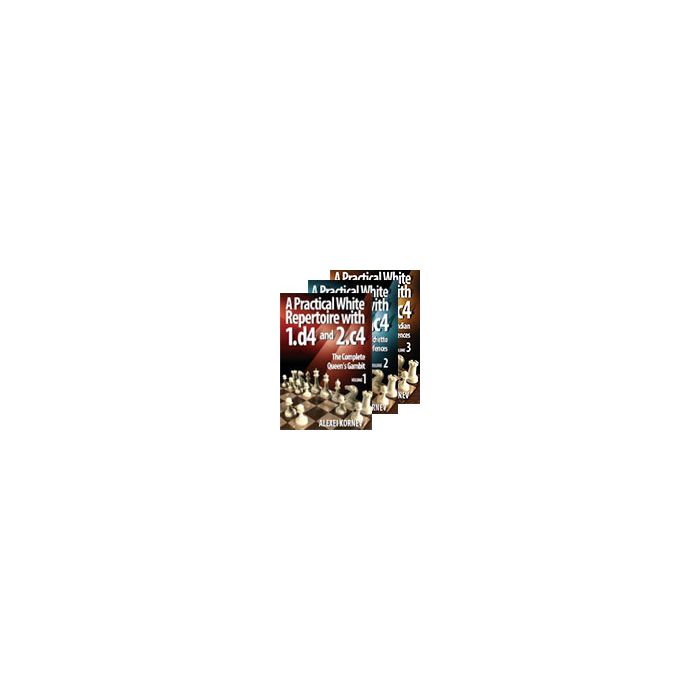 Excerpt from the intro:
"Sooner or later every chess player faces the problem of building his or her opening repertoire. This is particularly difficult when you play with White, since you need to be well prepared against all of Black’s possible responses.

However, most players, including the author, have no inclination to devote all their time to studying opening variations. Therefore, we have decided not to cover 1.e2-e4.

As our main opening weapon for White we have chosen the closed openings arising after 1.d2-d4, in which an understanding of chess and a knowledge of the typical resources in the middle game and the endgame are often much more important than a detailed knowledge of a large number of variations.

We have analysed the most straightforward possibilities for White, generally based on the development of the knight to c3 and the fastest possible occupation of the centre with pawns. Unfortunately it is impossible to cover all the possible theory after 1.d2-d4 for White within a single book, so the author plans to publish two further volumes.

The first book is devoted to the move 1...d7-d5 for Black. I believe that the most challenging defences for White to face are the Queen's Gambit Accepted (Part 2), the Queen's Gambit Declined (Part 4) and the Slav Defence (Part 5). A few less popular options for Black are covered in Parts 1 and 3.

In the second book we shall deal with the openings in which Black fianchettoes his dark-squared bishop. These are first and foremost the Gruenfeld and the King's Indian Defence.

In book three we shall analyse in detail the Nimzo-Indian Defence and a few other defences not covered in our first two books. This series has been written for players of all levels. The author hopes that it will be useful for grandmasters as well as for amateur players."

Alexei Kornev is an international grandmaster and coach. In 2001 he took the silver in the Russian Cup Final. He is also the winner of a number of international tournaments. Highest Elo so far - 2582.