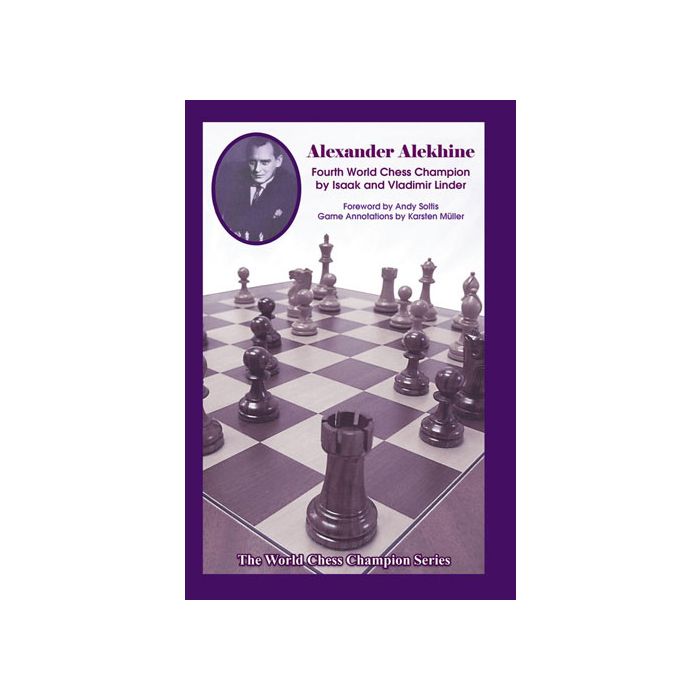 The fourth title in the popular World Chess Champion Series is about the enigmatic Alexander Alekhine.

Tracing the Russian-born champion from his youth in Russia, through his assault on the chess Olympus and beyond, this books paints a fresh portrait of the player who was one of the most spectacular tacticians ever to play the game.

The authors do not shy from confronting some of the less savory aspects of Alekhine’s life. They stick to the facts and present the issues surrounding the fourth world champion.

Rounding out this outstanding biography are over 130 games annotated by German grandmaster Karsten Mueller.

Isaak Linder is regarded as one of the pre-eminent chess historians of the modern era. He is the author of many books, including the widely acclaimed books in the World Chess Champions Series.

Vladimir Linder is one of the best known sport journalists in Russia. He is also the co-author, with his father Isaak Linder, of many books, including the widely acclaimed books in the World Chess Champions Series.

Andy Soltis in his Foreword:
“This book clears up some of the mysteries of Alekhine and provides some wonderful details…There are so many intriguing aspects to Alekhine’s life that it’s easy to forget how much he dominated the chess world…The Linders capture quite well the drama of Alekhine’s world championship matches with José Capablanca and Max Euwe. Even the blowouts against Efim Bogoljubow are well-described. Alekhine was the most peripatetic of champions, and this book details many of his travels on simul tours.”