A Memoir About Chess, Love, and Ruining Everything
Author
Sasha Chapin
Out of stock 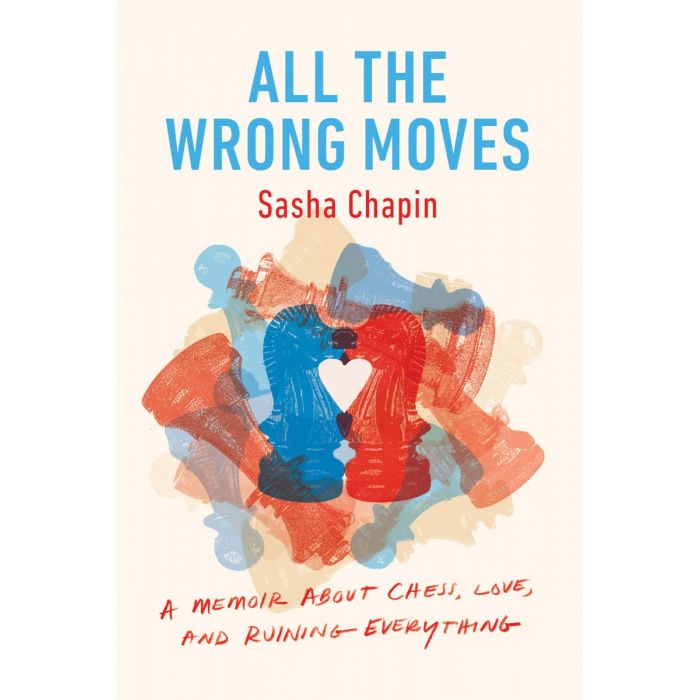 Sasha Chapin is a victim of chess. Like countless amateurs before him--Albert Einstein, Humphrey Bogart, Marcel Duchamp--the game has consumed his life and his mind. First captivated by it as a member of his high school chess club, his passion was rekindled during an accidental encounter with chess hustlers on the streets of Kathmandu. In its aftermath, he forgot how to care about anything else. He played at all hours, for weeks at a time. Like a spurned lover, he tried to move on, but he found the game more seductive the more he resisted it.

And so, he thought, if he can't defeat his obsession, he had to succumb to it.

All the Wrong Moves traces Chapin's rollicking two-year journey around the globe in search of glory. He travels to tournaments in Bangkok and Hyderabad. He seeks out a mentor in St. Louis, a grandmaster whose personality is half rabbi and half monk, and who offers cryptic wisdom and caustic insults ("you're the best player in your chair"). His story builds toward the Los Angeles Open, where Chapin is clearly outmatched and yet no less determined not to lose.

Along the way, he chronicles the highs and lows of his fixation, driven on this quest by lust, terror, and the elusive possibility of victory. Stylish, inventive, and laugh-out-loud funny, All the Wrong Moves is more than a work of history or autobiography. It's a celebration of the purity, violence, and beauty of the game.

Sasha Chapin is an award-winning journalist and recovering chess enthusiast. His writing has appeared in The New York Times Magazine, BuzzFeed, and Hazlitt. He lives in L.A.

Washington Post:
"The quest memoir is a balky beast. To tame it as well as Canadian journalist Sasha Chapin does in All the Wrong Moves, you’ll need an obscure but preferably universal target of obsession—chess mastery, in his case—a vague discontent with your present existence, a lover or two, a guru and the globe-trotting freedom to pursue your quixotic quarry. ‘It’s tricky to explain the appeal of chess to someone who doesn’t play,’ Chapin concedes, yet he makes all the right moves in doing just that."

Publishers Weekly:
"Thoughtful and clever. Chapin’s sincere memoir of self-discovery will charm chess enthusiasts, as well as those searching for their next move in life."

Dirk Jan ten Geuzendam, New In Chess:
Rarely has chess been described so well, and rarely have these descriptions been combined with such enriching and unnerving insights in life and love."

Wall Street Journal:
"A briskly told coming-of-age memoir. Chapin has a fine eye for the game’s beauty. In the course of his entertaining odyssey, Mr. Chapin offers a Zen-like secret to chess, and to living."

Kirkus Reviews:
"Chapin infuses the narrative with exuberant, often funny, anecdotes; glimpses of strategy; and lyrical reflections. An entertaining portrayal of the esoteric world of chess."

Smyslov on the Couch