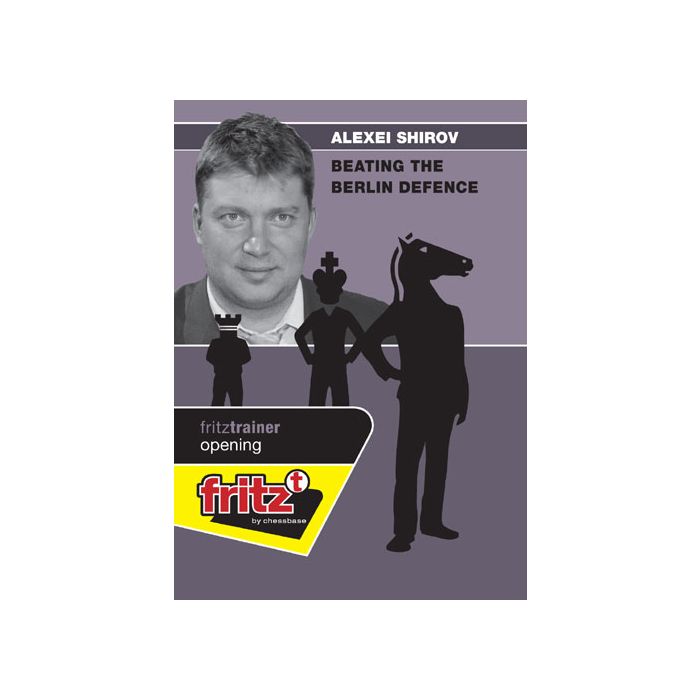 Ever since the Kasparov-Kramnik WCh match (London 2000) players with the white pieces have been breaking their teeth biting on the Berlin Wall in the Ruy Lopez.

There may also have been some successes for White of course, but time and again Black has convincingly demonstrated how to equalise or even how to construct an impregnable fortress.

The situation from White’s point of view has become precarious – ducking it is equivalent to capitulation, because in all alternative variations to the Berlin endgame White gives up from the start on the struggle for an opening advantage.

What can he do? There is no other way, White has to find ways to crack open Black’s defence. With this background in mind, this new DVD by Alexei Shirov comes at just the right time.

There is hardly any other grandmaster of his class who is as well known for his uncompromising and creative play as the Latvian. In over 3 hours of video he will provide you with a multitude of strategic finesses, innovative ideas and specific suggestions.

Alexei Shirov was born in Riga just like world champion Mihail Tal, and also his playing style reminds many chess fans of the young Tal. In the beginning of the 90ies, a comet-like rise brought the young Latvian to the world top within the shortest of time.

Being no older than 22 years, he already had an Elo rating of nearly 2750 and belonged to the absolute elite. Since then Shirov has been one of the best players in the world, delighting  all chess fans with original and amazing ideas on the board.