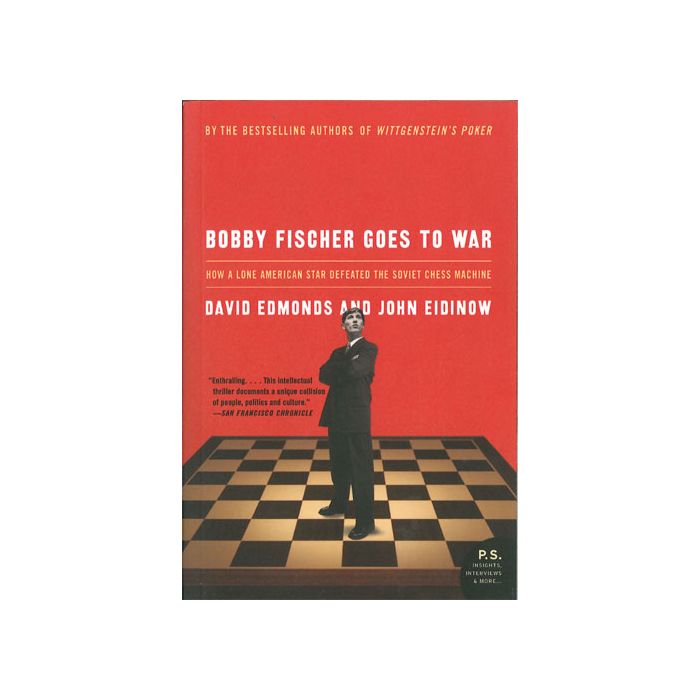 In the summer of 1972, with a presidential crisis stirring in the United States and the cold war at a pivotal point, the Soviet world chess champion, Boris Spassky,and his American challenger, Bobby Fischer, met in Reykjavik, Iceland, for the most notorious chess match of all time.

Their showdown, played against the backdrop of superpower politics, held the world spellbound for two months with reports of psychological warfare, ultimatums, political intrigue, cliffhangers, and farce to rival a Marx Brothers film.

Thirty years later, David Edmonds and John Eidinow have set out to reexamine the story we recollect as the quintessential cold war clash between a lone American star and the Soviet chess machine. A mesmerizing narrative of brilliance and triumph, hubris and despair, Bobby Fischer Goes to War is a biting deconstruction of the Bobby Fischer myth, a nuanced study on the art of brinkmanship, and a revelatory cold war tragicomedy.

Esquire:
"A page-turner for grandmasters and neophytes alike"

Time:
"Tells the story in fine, brisk style ... conveying the richness of the world beyond the chessboard."

Grandmaster Nigel Short, London Daily Mail:
"[A] meticulously researched work....The definitive account of this historic struggle....'Bobby Fischer Goes to War' is an outstanding piece of journalism, which captures this unique sporting moment more accurately and vividly than before."