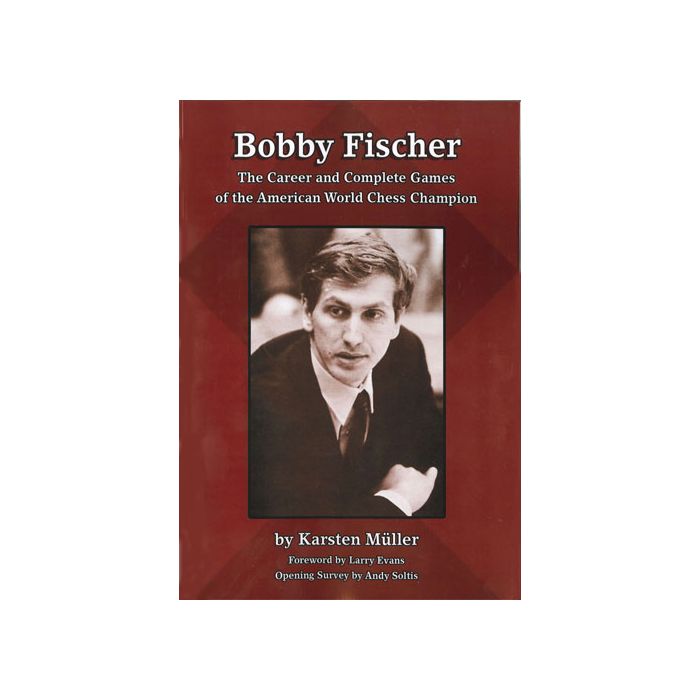 CHESS Magazine: One of the Best Books of 2009

The years after the Second World War saw international chess dominated by the Soviets – Botvinnik, Smyslov, Tal, Petrosian and then Spassky held the world crown, treating it as if it were almost an integral part of their heritage.

There were occasional flashes of brilliance in the West – Reshevsky, Najdorf, and later Larsen – but no one really mounted a serious challenge to the Soviet hegemony. Then, in the mid-1950s, a lone genius from Brooklyn emerged.

Obsessed with chess, all his waking hours were devoted to finding truth on the 64 squares. It was an unrelenting, sometimes frustrating quest, but he persevered, eventually emerging as perhaps the greatest natural chess talent ever.

It was clear from his early years as a gifted prodigy through his stormy ascent of the Chess Olympus, no one had ever rocked the chess world quite like Bobby Fischer.

His raw genius for the royal game, combined with an indefatigable will to win, made him one of the most feared chessplayers of all time – a genuine living legend.

Now, for the first time, every one of his 736 tournament and match games is presented with insightful explanations and analysis.

Best-selling chess author, German International Grandmaster Karsten Müller, annotates each game of the player many believe to be the greatest of all time.

These wonderfully annotated games are supplemented by crosstables of every major tournament and match in which Fischer participated, dozens of archival photographs, along with brief comments and observations putting the play of the great champion into historical perspective.

John Donaldson, Chess Today:
"The annotations include lots of explanatory prose as well as concrete variations (..) The eleven-page opening survey by Soltis is a gem (..) A fine book that would make an excellent Christmas present for any chess player."

Jon Edwards, ChessCafe:
"We are, as they say, still searching for Bobby Fischer, and there is today no better aid available for that endeavour than this comprehensive new volume (..) Any aspiring player with this book seriously at hand, will not only be further haunted by Fischer, but will also improve quickly."

Lubomir Kavalek, The Washington Post:
"A wonderful collection (..) The book would be a gem in any chess library."

Arne Moll, ChessVibes:
"Müller's commentary is strictly relevant (..) He doesn't indulge in many side-lines or lengthy explanations, even though I suspect it must have been hard for him to resist the temptation. Still, his method ultimately works in this book (..) Even if you've got each and everyone of his games in a database, this modern Fischer classic belongs in you chess library."

Edward Scimia, About.com:
"Muller's annotations provide insight into the important ideas and key moments of each game without becoming overbearing (..) I highly recommend it for anyone who wants a great resource for learning about the career of perhaps the most famous chess player ever."

Dennis Monokroussos, ChessMind:
"[A]s a one-volume compilation of all his official match and tournament games, it's the best book out there by far."