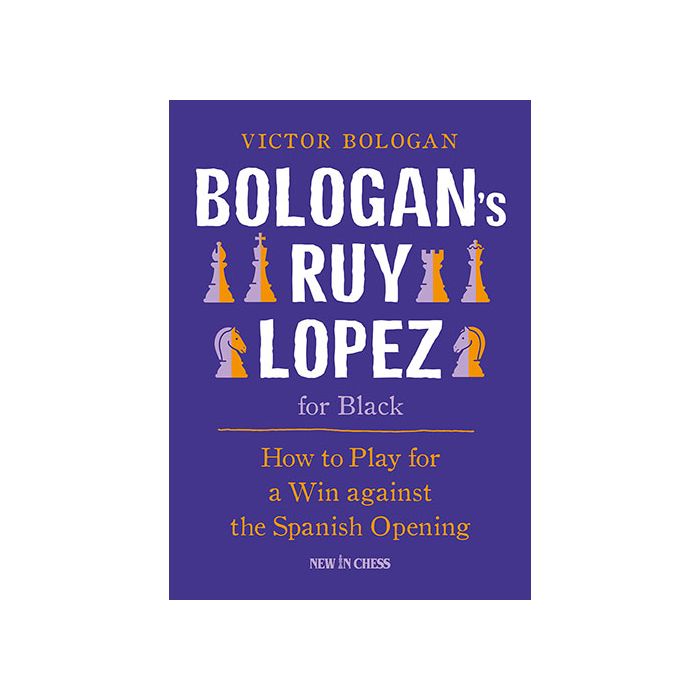 The Ruy Lopez remains one of the most popular chess openings, both at club level and among top players. In this book, the companion volume to his acclaimed bestseller Bologan’s Black Weapons in the Open Games, Victor Bologan presents a cutting-edge repertoire for Black based on the favourite lines of Magnus Carlsen and Levon Aronian.

Bologan’s Ruy Lopez for Black is more than just a well laid-out, clearly explained and eminently playable set of responses against the Spanish Opening. Bologan presents TWO different options against every main line. It’s actually two books in one!

Central in Bologan’s repertoire are the Marshall Attack (8...d5) and the Breyer Variation (9...Nb8). The author guides the reader with a steady hand, using a systematic approach and helpful devices such as:

-- A quick guide for those who are new to the Ruy Lopez and have little time
-- The ‘Arsenal of Strategic Ideas’: how pawn structures define important themes
-- The ‘Fast Lane’ repertoire (in every chapter) indicates the minimum you need to know
-- A wealth of new ideas and novelties
-- A clear-cut presentation of tactical motifs
-- Traps & tricks are visually marked
-- Transpositions and move-order subtleties are clearly identified
-- 2200 games referenced and presented in a separate index
-- Lots of practical tips

Victor Bologan has taken the chess opening repertoire book to a next level. He has created a unique instrument of chess instruction for players of almost any playing strength.

Victor Bologan is a world-class grandmaster. His tournament victories include the Aeroflot Open in Moscow and the Dortmund super-tournament. He is the author of acclaimed opening manuals like The Chebanenko Slav, The Rossolimo Sicilian and The Powerful Catalan.

Richard Vedder, Schakers.info:
"This is a fantastic book, just as 'Bologan's Black Weapons' was. A complete repertoire full of surprising ideas. With these two books in your library you own the 1.e4 e5-bible, so to speak. Everything you need to know is there. You can put a lot of your old books up for sale on Ebay."

GM Simen Agdestein, six-time Norwegian Champion and former trainer of Magnus Carlsen:
"It may be a good tip for Magnus to read 'Bologan's Ruy Lopez for Black' (..) If he had done so, he might have played his game against Anish Giri in the London Chess Classic 2015 a little more inspired."

Kanwal Bhatia, CHESS Magazine:
"Each chapter finishes with a summary of key traps, transpositions and ideas to remember (..) Another important book by Bologan. For anyone with an interest in these lines and who already has some understanding of Spanish-type positions, it is essential reading."


IM Gary Lane, Chess Moves Magazine:
"The astute player now has a shortcut to success against the Ruy Lopez."

GM Glenn Flear, author of 'Starting Out: Open Games':
"For those amongst us with limited time he has thoughtfully included ‘Fast Lane’ and ‘Very Fast Lane’ information, where he points out the highest priority lines. A truly inspired master-stroke as the author adapts to the demands of the modern world (..) The large selection of ideas in the early deviations [in the Breyer] is worth the cover price in itself. Nobody has previously offered up so many prac