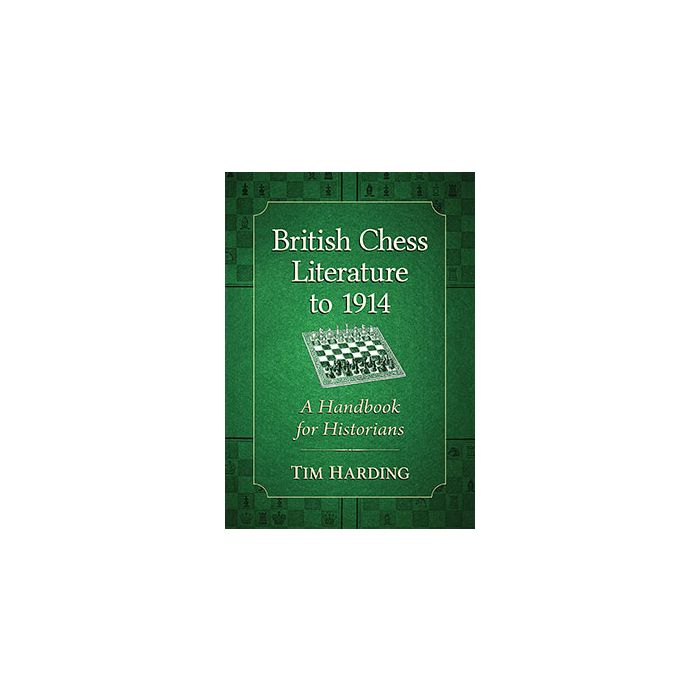 A huge amount was published about chess in the United Kingdom before the First World War. The growing popularity of chess in Victorian Britain was reflected in an increasingly competitive market of books and periodicals aimed at players from beginner to expert. The author combines new information about the early history of the game with advice for researchers into chess history and traces the further development of chess literature well into the 20th century.

Topics include today’s leading chess libraries and the use of digitized chess texts and research on the Web. Special attention is given to the columns that appeared in newspapers (national and provincial) and magazines from 1813 onwards. These articles, usually weekly, provide a wealth of information on early chess, much of which is not to be found elsewhere. The lengthy first appendix, an A to Z of almost 600 chess columns, constitutes a detailed research aid. Other appendices include corrections and supplements to standard works of reference on chess.