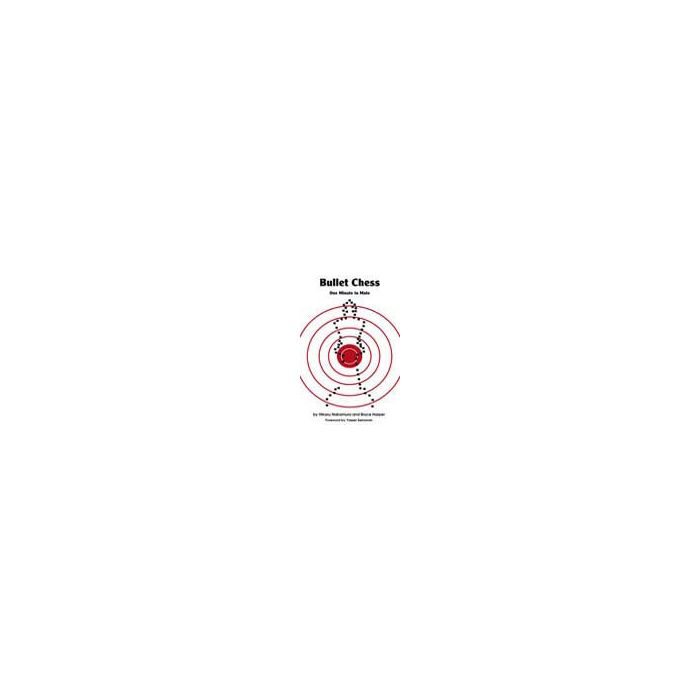 Can anyone play a decent game of chess in one minute? Surprisingly, the answer is "Yes" as this unique book reveals.

Bullet chess, where each player has one minute for the entire game, has attracted thousands of followers since it was popularized on the internet more than a decade ago.

In this book the authors discuss the relationship between the position on the board and time on the clock, the techniques and dangers of "pre-moving," bullet openings, the importance of the initiative and consistent strategy, and how endings are different in bullet chess.

Most of all, bullet chess is shown to be entertaining and addictive, and not at all as random as it first appears

American Grandmaster Hikaru Nakamura is considered by many to be one of the best speed chessplayers in the world.

Noted for his fighting spirit and unusual opening novelties, his laurels include winning the 2005 US Chess Championship (when he became the youngest champion since Bobby Fischer) and repeating as champion in the 2009 USCC.

Candian Master Bruce Harper has been champion of British Columbia many times and also participated in several Canadian Championships.

He is the co-author, with American Grandmaster Yasser Seirawan, of the highly acclaimed three-volume series chronicling the career of Canadian Grandmaster
Duncan Suttles.

Former US Champion Yasser Seirawan:
"Hikaru (or "H-Bomb"as he is known) is a bullet legend on internet chess servers around the world. What bullet really teaches us is pattern recognition. Specifically mating and tactical patterns that win material. All these themes are chapters in this work and critical components of playing bullet successfully (..) This book will teach you to be a sharper tactician and a much stronger bullet player."

Lubosh Kavalek, The Washington Post:
"Nakamura is one of the fastest players in the world and knows all the tricks of blitz play."

Fernando Offerman, Schachwelt Magazine (Germany):
"This is an entertaining book; it is nice to see, apart from the humor, the effort to establish some moral principles: to have fun should be seen as an imperative."