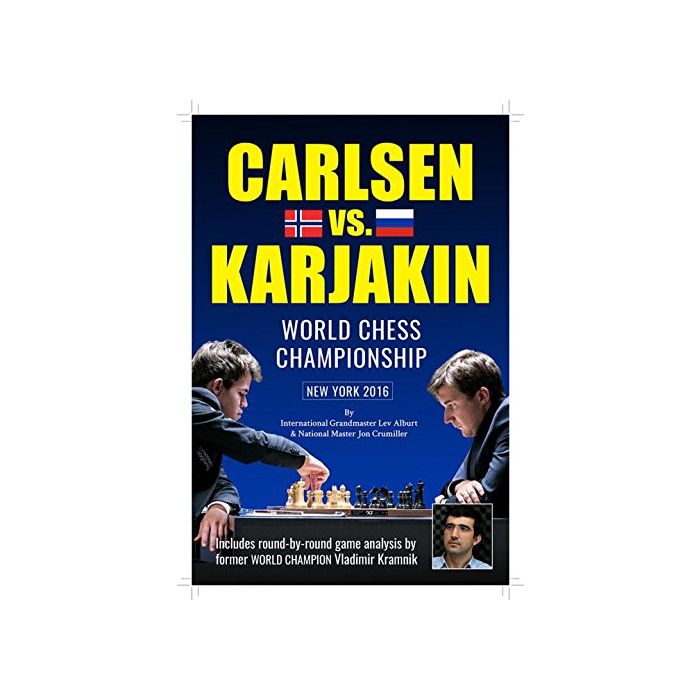 About / Carlsen vs. Karjakin

Learn chess from the best by studying the games of the latest world championship!

The dramatic 2016 match defied all predictions. A top team of authors explains the strategies.

The World Championship match in New York City stunned the chess world, as Sergey Karjakin fought champ Magnus Carlsen to a tie until matters had to be settled in a rapid-play shootout. You’ll learn chess tactics and strategies from the best players in the world, as a top team of writers?including a former world champion- explains the moves.

Grandmaster Andy Soltis, New York Post:
“Vladimir Kramnik provides the most candid analysis of a championship match ever made by a former champ.”

Dylan Loeb McClain, Editor-in-chief for the Organizers of the 2016 WC match, and former New York Times chess columnist:
“A masterful job – probably the best book on a championship that I have ever seen.”

Grandmaster Raymond Keene, The Times:
“A deeply considered account of Magnus Carlsen’s narrowly successful title defence against Sergei Karjakin in New York last year. The analysis produces the last word on what both did and should have transpired in every game while colour photos convey a vivid impression of the visual aspects of the competition.”