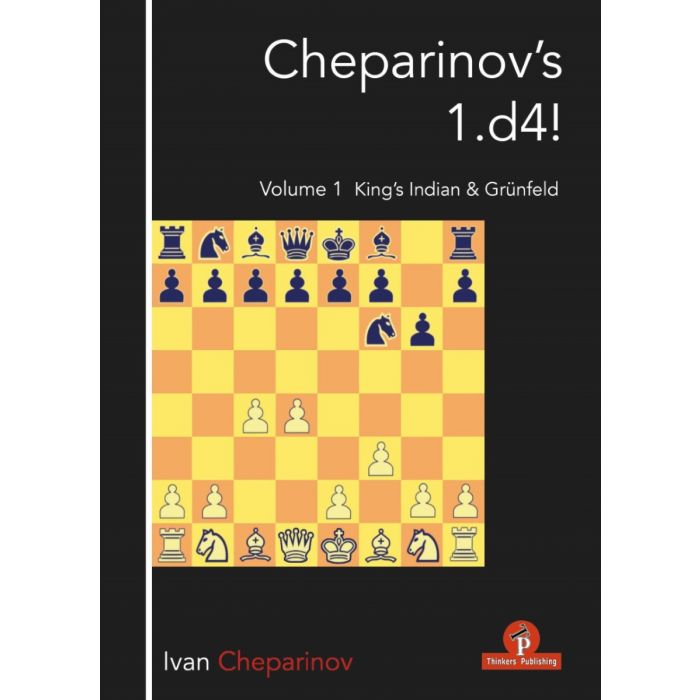 For many years I have been known as a good theoretician, not only because I was a second of former World Champion Veselin Topalov for seven years, but also through my own games.

I take this as an opportunity to share my knowledge of openings and how I analyze them. I started this book with the idea that I wanted it to be useful for all levels of playing strength, from amateurs to even top grandmasters. I am sure that readers will notice the difference from many other openings books.

Besides, I think now is the time to reveal something about my opening preparation. In the last ten years or more I have not read a single book on the openings. I did this on purpose, my idea being that I wanted to have my own opinion about the lines I was playing. Of course I have still worked with Veselin and some other strong players, but it is kind of ironic, because now I am writing such a book.

In this first volume of Cheparinov’s 1.d4! readers will find my own way of working on openings, and the way I analyze. Many of the lines and conclusions in this book are based not only on computer evaluation, but also on the practical point of view. Of course all the lines have been deeply analyzed by strong engines, and although I am sure they are not perfect, the most important thing is that all evaluations are based on my own understanding and knowledge of chess. I believe this book should be used as a starting point, from which to build progress in opening preparation.

In the book I reveal many new ideas and concepts. The first volume of the series focuses on 3.f3 against the Grünfeld and King’s Indian, two of the most popular openings against 1.d4. I tried to discuss all possible lines for Black after 3.f3, but of course focused on the most principled ones. Most of the lines are very double-edged.

I have revealed some very interesting options for Black as well. This is one of the things that I do in my opening preparation – I look at the openings for both sides. I believe this is very important, because it gives you a realistic view of things. For White I tried to give the lines that I believe are not only the best, but also give Black problems to solve during the game.