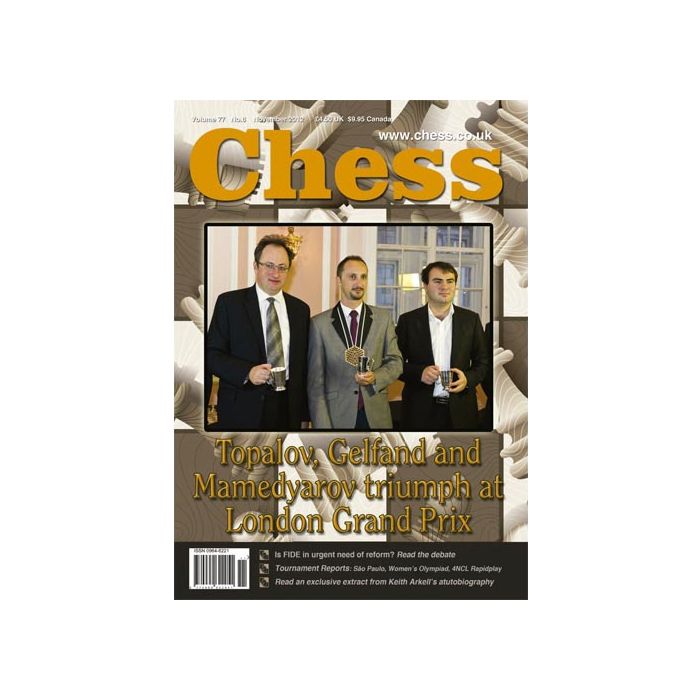 • Super GMs at Simpson’s - Steve Giddins reports from the first FIDE Grand Prix
• Forthcoming Events - Where will you be playing this month?
• England at the Olympiad - Kanwal Bhatia reveals how our Women’s team got on
• The Grand Slam begins - All the action from São Paulo
• Arkell’s Odyssey - One of England’s most popular GMs finally puts pen to paper
• Is FIDE in Urgent Need of Reform? - Read the debate!
• Castling Rights and Wrongs - The perils of castling, as explained by Peter Lalic
• 4NCL Rapidplay - Barbican triumph once again, as Jonathan Rogers explains