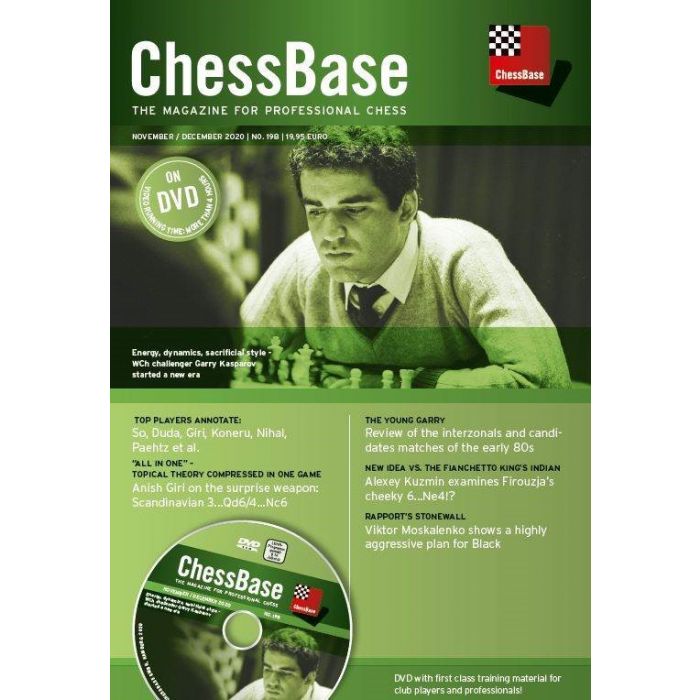 Highlights of this Issue:

Special: Interzonals and candidates matches of the early 80s
An extensive review featuring columns on strategy, tactics and endgame

The most dynamic player ever!
Move by move, Simon Williams dissects the classic Beliavsky-Kasparov from their match 1983

NEW: “All in One”
Anish Giri presents the Scandinavian 3…Qd6/4…Nc6 and Carlsen’s new approach vs. the Keres Attack

A natural mistake – and perhaps a lucky one...
Wesley So eyes his dramatic encounter in the Italian vs Alexander Grischuk from the Online Olympiad

First victory over Vishy Anand
Jan Krzysztof Duda is very critical of his own success - and also analyses the rematch!

A must-know: rook vs. bishop
Karsten Müller elaborates on of the most important practical endgames

Losing the thread, winning the game
Elisabeth Paehtz takes you on a rollercoaster ride in the Dutch Leningrad