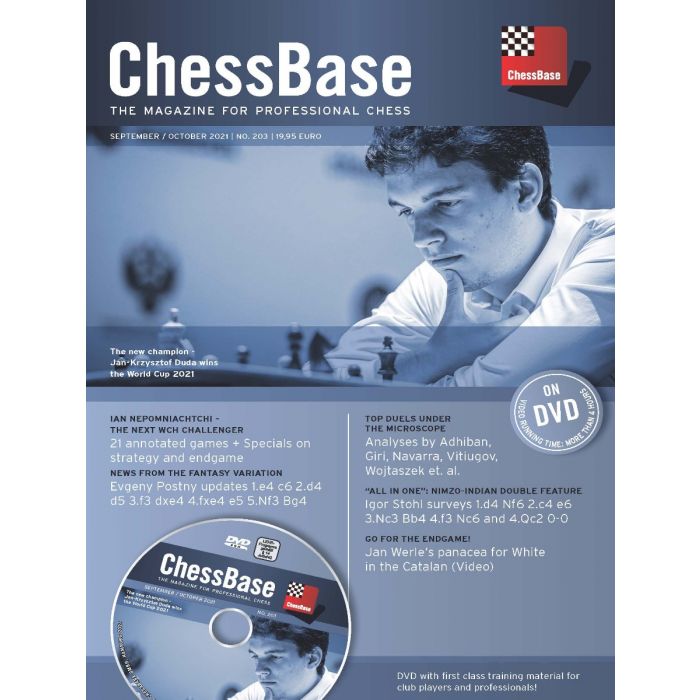 All in one
Everything you need to know about a specific opening line, based on just one extensively commented game

Move by Move
Robert Ris dissects the game Adhiban-Delgado from the World Cup, an instructive miniature in which everything revolves around the topics initiative and lead in development