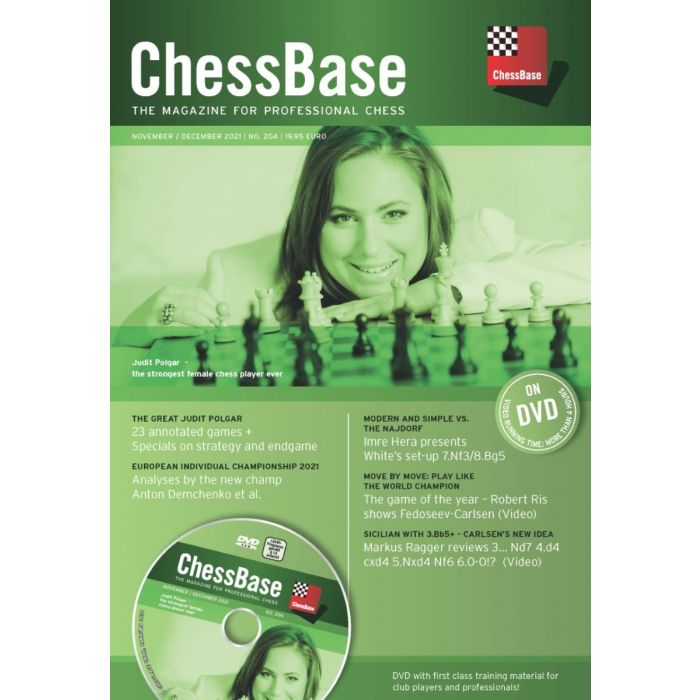 CBM authors comment on their favourite games of the great Hungarian. Exclusive collection of 23 wins from 1989 to 2014.

Norway Chess 2021: The runner-up, Alireza Firouzja, comments on two of his winning games, plus analyses by Romain Edouard.European Individual Championship 2021: The new Champion, Anton Demchenko, analyses his win against Matthias Blübaum. Many other players comment on their best games.World Cup 2021 revisited: Anish Giri and Peter Heine Nielsen analyse the games of the match for third place between Carlsen and Fedoseev.

Mihail Marin examines the games of the former world-class player with regard to various aspects, from pawn play to positional struggles

Karsten Müller provides three articles in this issue. In addition to the article on Judit Polgar (incl. video), the GM from Hamburg presents the most beautiful endgames from the Chessable Masters 2021 and deep analyses in "Readers write"