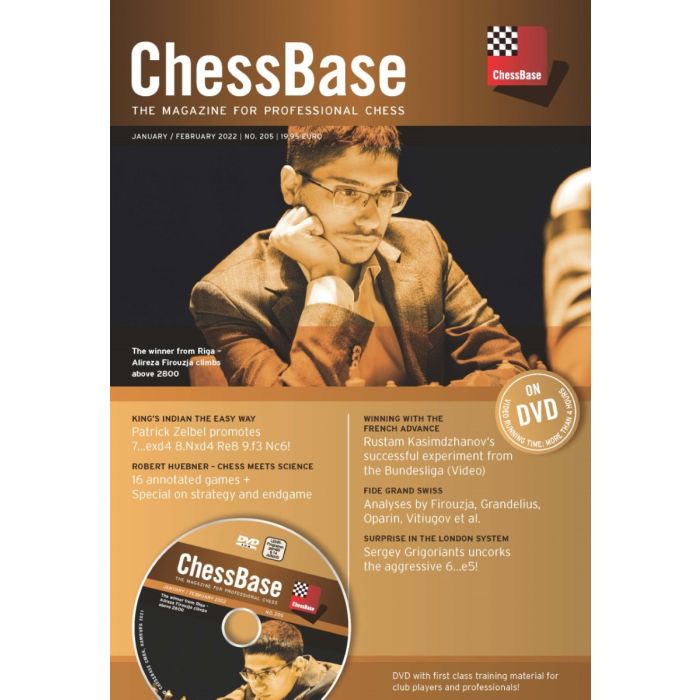 CBM authors comment on their favourite games of the former world-class player and candidate finalist. Exclusive collection of 16 games by Robert Huebner from 1970 to 2017.

Gruenfeld expert Markus Ragger appoints the new 5...c5 as the main weapon in the variation with 5.Bd2

Rustam Kasimdzhanov reports on his experiment with the French Advance Variation

Mihail Marin explains the Huebner System of the Nimzo-Indian Defence

Karsten Müller provides three articles in this issue. In addition to a selection of Robert Huebner's best endgames (incl. video), the GM from Hamburg presents highlights from the Hou Yifan Challenge 2021 and also deals in detail with letters to the editor