This is the second volume of Robert Ris' series for the Club Player.
Author
Robert Ris
Sample Pages
Out of stock 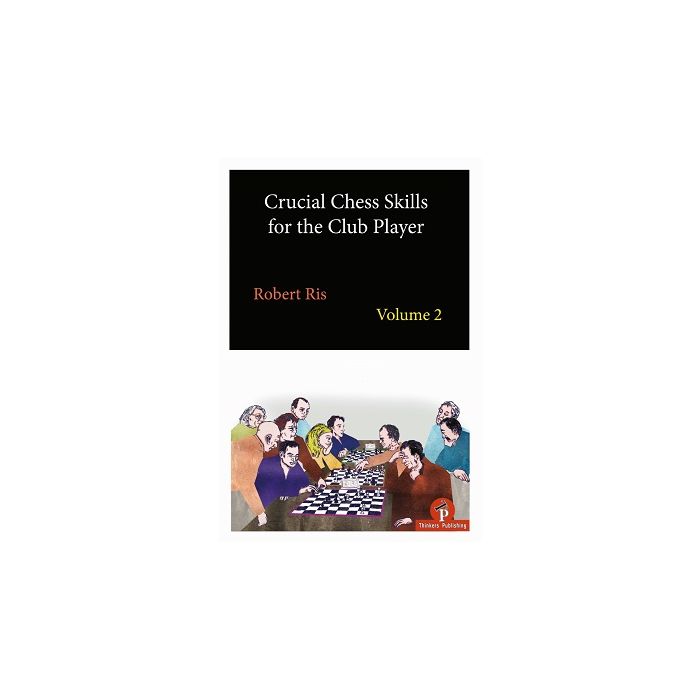 In the first six chapters I will mainly look at positions with limited material left on the board. Endgames, yes, but also positions where the initiative plays an important role. My aim is to illustrate the specific features of all the pieces and this can best be done without too many other pieces on the board.

Chapter 1 is about the role of the king in the endgame. I have decided to look mainly at examples of the well known endgame of rook vs. pawn, but of course the techniques discussed can be applied to other type of endings, as you can see in the next chapters.

The topic of chapter 2 is same-coloured bishop endings, where the importance of mastering pawn structures is highlighted. Pure opposite-coloured bishop endings (Chapter 3) are a different story altogether and among club players they have a very drawish (and perhaps boring) reputation. With spectacular examples from games by the world’s best players I hope to give you new inspiration to study such positions.

With major pieces on the board the side having the initiative usually benefits from the presence of opposite-coloured bishops, as you will find out in chapter 4. The eternal question of whether the knight is stronger than the bishop or vice versa is covered in chapter 5. No new answers or conclusions to be expected there, but rather new examples further deepening your understanding of this complicated subject.

In Chapter 6 we discuss the power of major pieces, a favourite topic of mine. It still fascinates me to see how much damage the powerful duo of queen plus rook can cause without any other pieces on the board.
The remaining chapters, 7-11, focus on material imbalances, examining various distributions of material. Of course these topics have been discussed in other works as well, but I can offer you a lot of fresh examples from the highest level as well as quite a number of games from my own practice.

There is actually a personal story behind my decision to include this aspect of play in this series. For quite some years I had felt something was lacking in my play and I decided to analyze my own weaknesses. One of the main reasons (in my opinion) why I was not making any progress had to do with my style of play. At the board I considered myself to be a control freak with a rather positional style, avoiding complicated positions with material imbalances where precise calculation was required. I came to the conclusion that I had to adapt my style, at least partially, and play more dynamically in order to put pressure on my opponent’s position. Of course, such a change in one’s style of play does not come by itself and it requires effort.

I studied various material distributions and attempted to get these types of positions more frequently in my own games. At the moment of writing I have reached my highest rating ever of 2459 and I’m determined to work my way up to the 2500 barrier and the GM title. For now I’m feeling rewarded from taking more risks in my play and I hope you will experience a similar boost in your playing strength after working through this book.