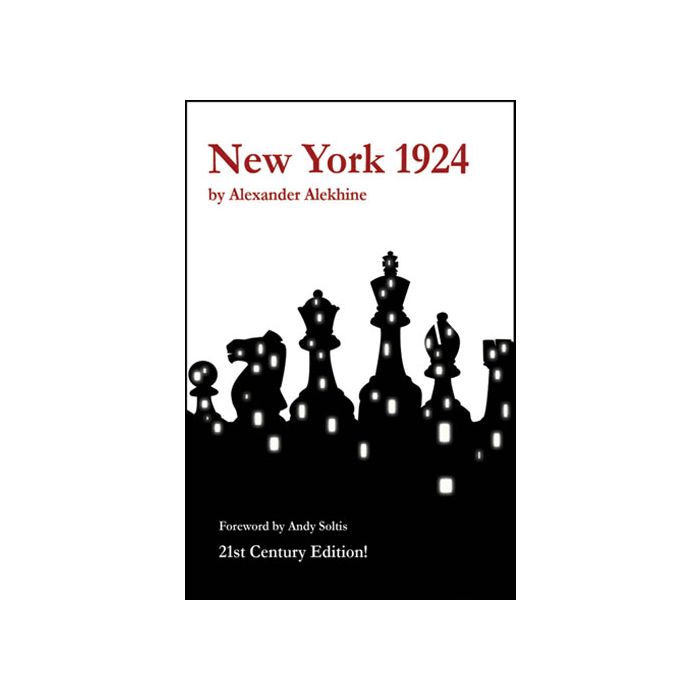 One of the most remarkable and famous chess tournaments ever took place in New York City in March and April 1924. It had a narrative that is still striking today: Three world champions – undisputed world champions, mind you – fulfilling their destiny.

The tournament book that Alekhine produced became the stuff of legend. He provides real analysis, and with words, not just moves. He imbues the book with personality, on the one hand ruthlessly objective, even with his own mistakes, on the other, candidly subjective.

This is a modern "21st Century Edition" of Alekhine’s classic, using figurine algebraic notation, adding many more diagrams, but preserving the original, masterful text and annotations, including Alekhine's fascinating overview of the opening theory at that time.

Derek Grimmel, ChessCafe:
"Alekhine wrote some of the most instructive books in the history of the game. What a delight to have a 21st century presentation of one that recaptures His Excellency's insights for a new generation of enthusiasts."