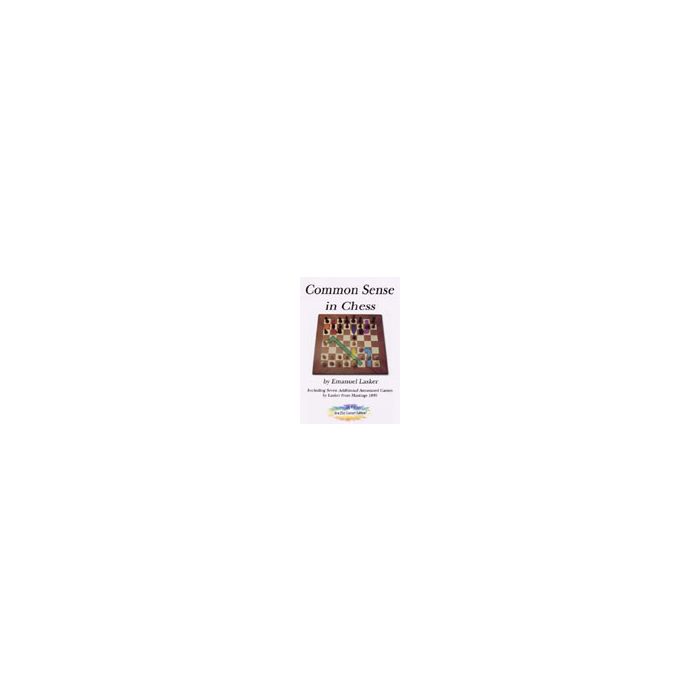 Now in a 21st Century Edition!

In the spring of 1895, reigning world chess champion Emanuel Lasker gave a series of lectures in London. These were geared to the level of the club players, or intermediate level.

Later that year Lasker gathered his lecture material together and wrote it up in manuscript form to be published, retaining the informal, conversational tone of the lectures.

The result was Common Sense in Chess, long regarded as a classic both during Lasker’s lifetime and for generations afterwards.It is a masterpiece of compression and exposition, and in the whole of chess literature, there is nothing that quite compares with it.

Respected chess author Bruce Alberston has taken Lasker’s classic and created a 21st century edition. The text has been converted to modern algebraic notation and more diagrams have been added (there are now more than 330 diagrams!).

Splendidly complementing Lasker’s original masterpiece, Alberston has added seven games annotated by Lasker that were played in the famous Hastings Tournament of 1895.

British Chess Magazine:
"It is, as the editor says, a masterpiece of compression and exposition."

David Kaufman, ChessCafe:
"One of my favorite chess books for decades, one I always recommend, always use when I teach (...) 'Common Sense in Chess' is that rarest of books, one that surpasses its reputation.