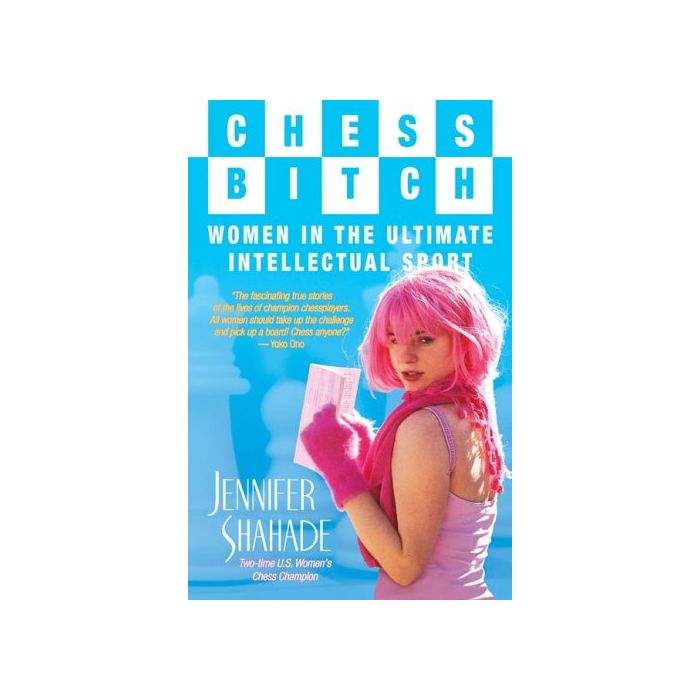 Chess Bitch, written by the 2004 U.S.Women’s Chess Champion, is an eye-opening account of how today’s young female chessplayers are successfully knocking down the doors to the traditionally male game, infiltrating the male-owned sporting subculture of international chess, and giving the phrase “play like a girl” a whole new meaning.

Through interviews with and observations of the young globetrotting women chessplayers who challenge male domination, Chess Bitch shines a harsh light on the game’s gender bias.

Shahade begins by profiling the lives of great women players from history, starting with Vera Menchik, who defeated male professionals with incredible frequency and became the first Women’s World Champion in 1927.

She then investigates the women’s chess dynasties in Georgia and China. She interviews the famous Polgar sisters, who refused to play in separate women’s tournaments. She details her own chess adventures – traveling to tournaments from New Delhi to New York to Shanghai.

Shahade also introduces us to such top players as glamorous grandmaster Alexandra Kosteniuk and current Women’s World Champion Antoaneta Stefanova and such lesser-known players as the flamboyant Zambian Linda Nangwale, the transgendered Texan Angela Alston, and myriad female players who hop from one country to another, playing chess by day and partying long into the night.

For those who think of chess as two people sitting quietly across a table, Shahade paints a colorful world that most chess fans never knew existed.