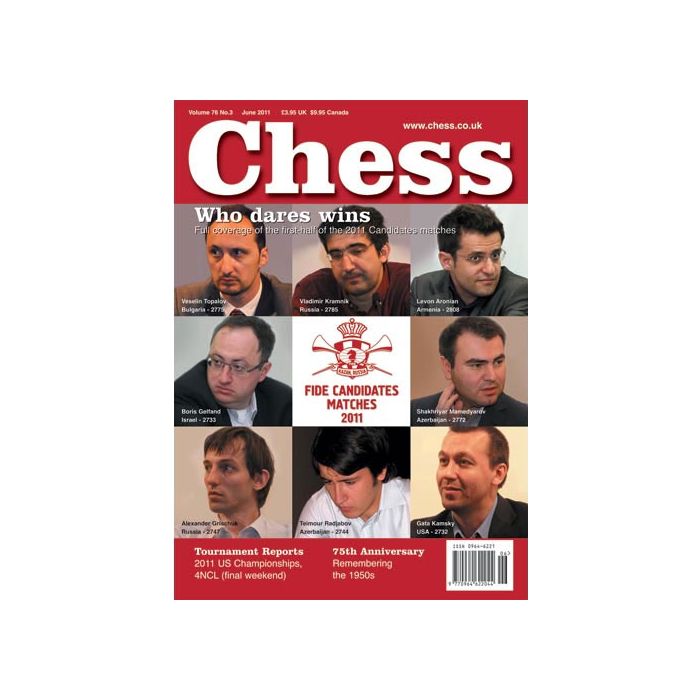 • FIDE Candidates’ Matches, Kazan - The quarter-finals were short on action - but long on surprises! Aronian and Topalov won’t be troubling Anand in 2012...

• 4NCL British Team League - Andrew Greet provides a wrap-up report on what happened at the final weekend, which saw a new name on the trophy

• Eddie in Iceland! - Scottish IM Eddie Dearing annotates a couple of spectacular games he played at the Reykjavik Open.

• CHESS in the 1950s - John Saunders’s retrospective on the early days of CHESS moves on to the 1950s and some major events in the Midlands.

• Bobby Fischer versus the World - John Saunders previews a major new documentary on the life of Bobby Fischer, premiering in July.