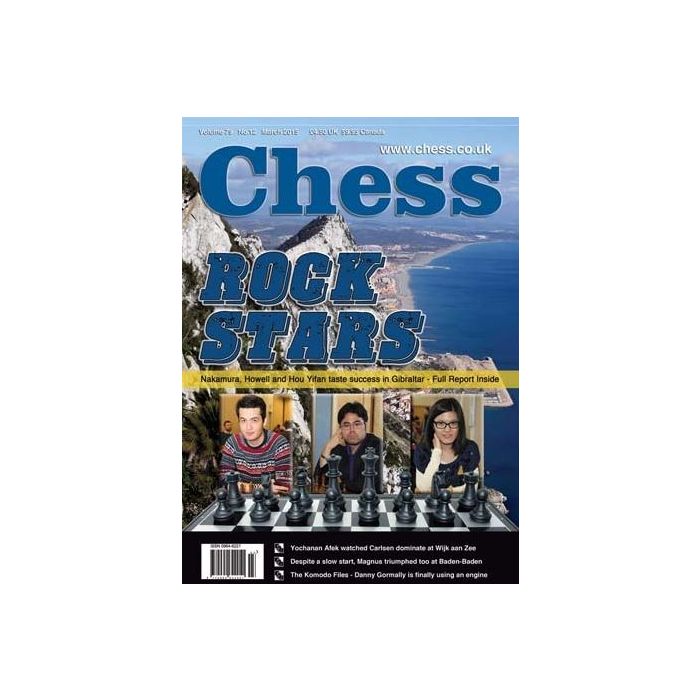 • Slow Starter Prize - Carlsen was again slowly away, but still won at Baden-Baden

Plus all the regular features such as: How Good is Your Chess? Saunders on Chess, Studies, Home & Overseas News, Find the Winning Moves, Calendar, Book Reviews