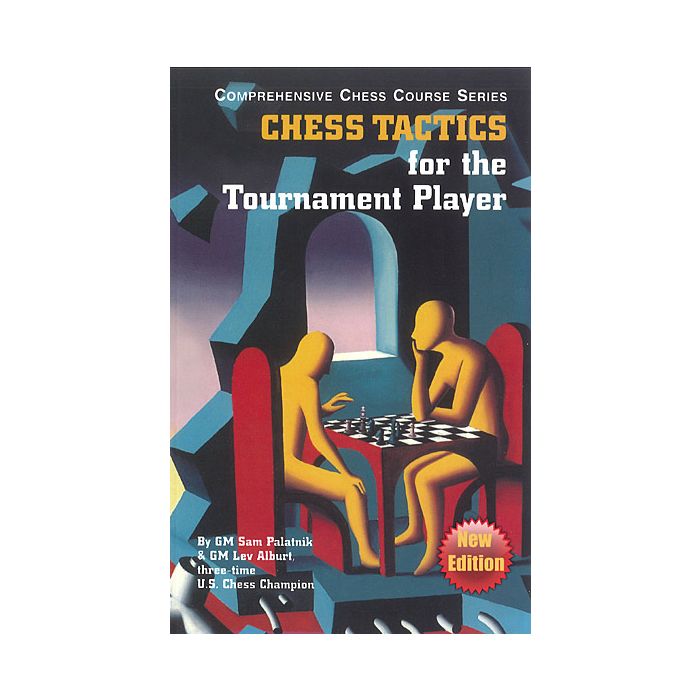 About / Chess Tactics for the Tournament Player

Five-time U.S. chess champion GM Larry Evans calls the current book "a highly instructive primer on tactics." It contains hundreds of strikingly beautiful positions arranged by difficulty and designed to sharpen tactical recognition and vision. Nothing is left to chance in this work. All materials have already shown their worth in Russian chess instruction.

Every time-tested example has been carefully selected for instructional value and modern relevance. Commenting on his brilliantly won game (Aronian-Anand, 2013), World Champion Vishy Anand noted its similarities with Rotlevi-Rubinstein, played over 100 years ago, concluding,"All these (ideas work!"

Grandmaster Lev Alburt, a three-time U.S. chess champion, is called the "grandmaster of chess teachers." This famed teacher, who helps students of all strengths and ages, has spent years translating secret lesson plans used to produce a long line of Soviet world champions. The Comprehensive Chess Course Series is the result.

GM Sam Palatnik is renowned for putting into practice many of the brilliant tactical ideas included in this book. Ten of his students have reached the elite list of the world's 100 best players.

Grandmaster Larry Evans:
“Chess Tactics for the Tournament Player is ideal for both serious study and light entertainment. A highly instructive primer on tactics, the material here will never pall.”

Larry Parr, former editor of Chess Life:
"Simply put, this book is the best thing ever written for achieving quick improvement  in tactical play. Most players will soon notice a jaunty uptick in their tournament results - and rating!"