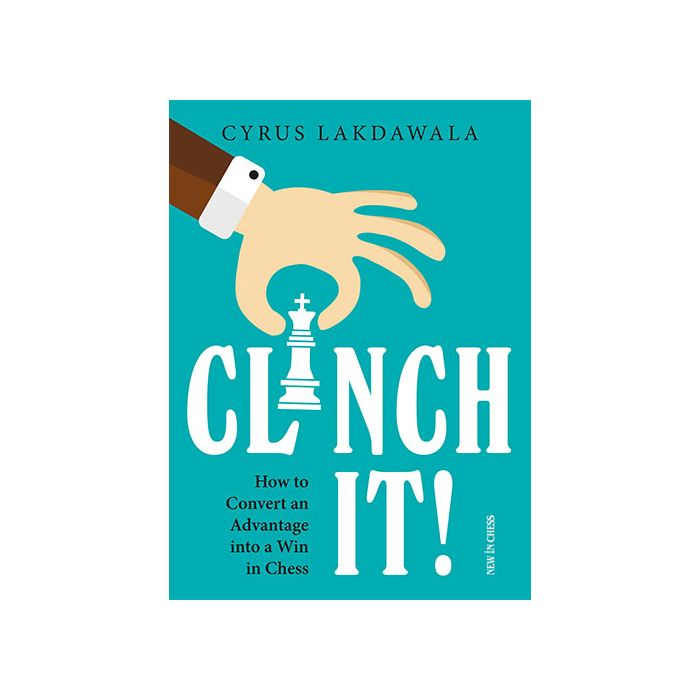 How good are you at bringing in the full point when you hold a clear advantage or are just plain winning? Pondering this question may well evoke some painful memories. Perhaps the single greatest frustration for club-level chess players is that time and again they see wins turn into draws or even losses.

The reasons for messing up a winning position are by no means just technical. And the rest is a matter of technique? Not likely, in the real world.

Recklessness, collapsing nerves, relaxing instead of preparing yourself for a long and arduous fight, the inability to cope with a small setback or with a busted opponent who has turned into a fearless desperado: based on four decades of teaching chess Cyrus Lakdawala has identified dozens of thought-provoking reasons why we are throwing away points that should be ours.

Lakdawala teaches how to:

His examples are compelling, his explanations are captivating and often funny. A recurring theme in this stimulating, instructive and entertaining book is: don’t burden yourself with the toxic task to prove that you are a genius. Just try to win.

Cyrus Lakdawala is an International Master and a former American Open Champion. He has been teaching chess for four decades. Lakdawala is a prolific and widely read author. Chess for Hawks, his earlier book with New In Chess, won the Best Instructional Book Award of the Chess Journalists of America (CJA). In 2018 Lakdawala published How Ulf Beats Black: Ulf Andersson’s Bulletproof Strategic Repertoire for White to universal acclaim.

"Perfectly executed, fascinating and above all, very well written. What a delicious book to work with. It reads like a conversation while exercises keep you alert and it offers food for thought throughout. A pocket-sized goldmine." - Daniel Zevenhuizen, Schaaksite

"Packed full of common sense and should help to improve your conversion rate." - CHESS Magazine (UK)

"The San Diego IM presents 116 games, many from his own practice, with detailed annotations aimed at developing good habits. Lakdawala uses a question and answer format  (several per game) to actively engage the reader." - International Master John Donaldson

"Lakdawala presents examples of both successful and failed conversions, and, as usual, he is not afraid to use a number of his own games, including some where he had failed miserably. Lakdawala’s style of presentation is somewhere between casually entertaining and serious, something I quite enjoy." - Carsten Hansen, American Chess Magazine