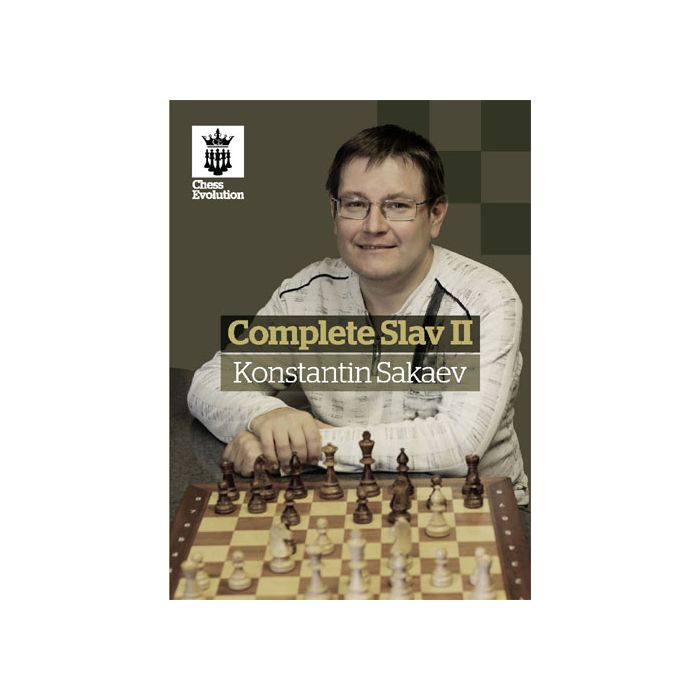 Also the variations rising after 5. Bg5 are examined deeply, namely Moscow (5... h6 Bxf6) and Anti-Moscow (5... h6 Bh4) variations as well as Botvinnik system 5... dxc4. A possibility to cover such a multitude of systems in only one book (it was possible to create even 5 tomes) occurred only because I have tried to shorten the lines almost to the bare minimum.

There are plenty of openings books in where not the most important lines are covered – this leads to a creation of plenty unnecessary variations – the book starts to be `wishy-washy´.

In such situations I have decided to only describe why this or other move does not deserve to be examined deeply. Thanks to such a way of thinking this elaboration did not lose its quality and in my opinion it is even easier to find a relevant recommendation.

All of presented variations are analyzed on the same level as those described in the first part of whole elaboration. The book covers the state of the theory for July 2013.
Konstantin Sakaev

Konstatin Sakaev, born on April 13th 1974. International Grandmaster since 1992. In his active chess career he has been one of the Top Russian players.

At the current moment, Konstatin Sakaev retired from the active chess player career. Book writing and giving chess training is his job of the last years. With his book "Complete Slav II"  Konstatin Sakaev accomplish his promise and making a real Slav expert out of you!

Probably the following quote fits best to what you will find inside the book:"The only place success comes before work is in the dictionary''.- Vince Lombardi (legendary American Football coach).

Praise for 'Complete Slav I'

Glenn Flear, New in Chess Yearbook  volume 105:
"Sakaev has dissected standard theory and come up with many new assessments. There are countless novelties, clever concepts, and audacious ideas, all backed up with his top level judgement (..) I can assure you that whenever the Slav crops up in my thoughts, I'll be making a bee-line for the 'Complete Slav' to see what Konstatin Sakaev has in mind!"

Peter Heine Nielsen:
"As a coach of Vishy Anand in his last 4 World Championship wins I can say, this book gives an excellent review on the Slav, an opening often played in the WCC matches and many other Top events, covered by a world class theoretician!"