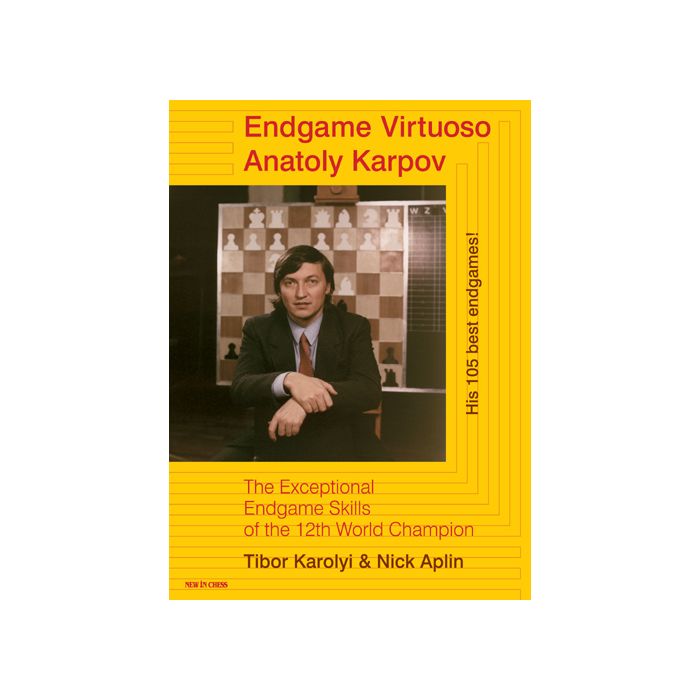 AWARDED: The Guardian 2007 Chess Book of the Year!
"Highly instructive and with games of superb quality, it deserves a place on every chess player's shelves." (From the Judges' report)

SHORTLISTED: The English Chess Federation Book of the Year 2007 Award!
"Karpov's ability to make something out of nothing is well known, and Karolyi makes a serious attempt to understand the secret of Karpov's success. As a result the reader is simultaneously instructed and entertained." (From the Judges' report)

Anatoly Karpov’s legendary endgame technique has always been something of an enigma. Karpov became World Champion in 1975, as the successor of Bobby Fischer. With his fine endgame technique Karpov managed to win positions which nearly everybody else assessed as a draw.

This book takes, for the first time, a close look at his endgame technique, explaining the finer points better than Karpov himself has ever cared to do.

All existing analysis has been reworked and many spectacular findings have been added. 'Endgame Virtuoso Anatoly Karpov' provides valuable insight into the qualities that made Karpov such a great endgame player, maybe the greatest of all time. A highly instructive and entertaining book.

Tibor Karolyi is an International Master and a former Hungarian Champion. He is an experienced chess coach (Peter Leko was among his pupils), who regularly contributes to various major chess magazines. He has written books about Garry Kasparov and Judit Polgar.

Nick Aplin is an Associate Professor of Sport Studies at the National Institute of Education, Nanyang Technological University in Singapore.

ChessToday:
"By far the best work on Karpov's chess to date."

John Watson, The Week In Chess:
"A truly great addition to the literature of the game, even a classic (...) The examples (105 of them) include an extraordinary number of fantastic, sometimes breathtaking ideas (..) I can recommend this book without reservation."

John Saunders, British Chess Magazine:
"A most enjoyable and instructive work, with an index of endgame themes which allows the student to concentrate on Karpov's abilities in specific types of endgames."

Mark Donlan, Chess Horizons:
"The games are well-annotated. There is an index of opponents and a classification table of endgame types and themes. Highly recommended."

GM Paul Motwani, The Scotsman:
"Excellent. This beautiful 358-page book is a 'must have' for all chess lovers."

Harald Keilhack, Schach Magazine:
"For Karpov fans this is one of the best collections (...) more thorough than pseudo-authentic stuff like Karpov's 'My Best Games'."

Joe Petrolito, Australian Chess:
"The annotations are extensive but clear, and provide a good insight into the endings. Hence the book can also serve as a teaching tool. Highly recommended."