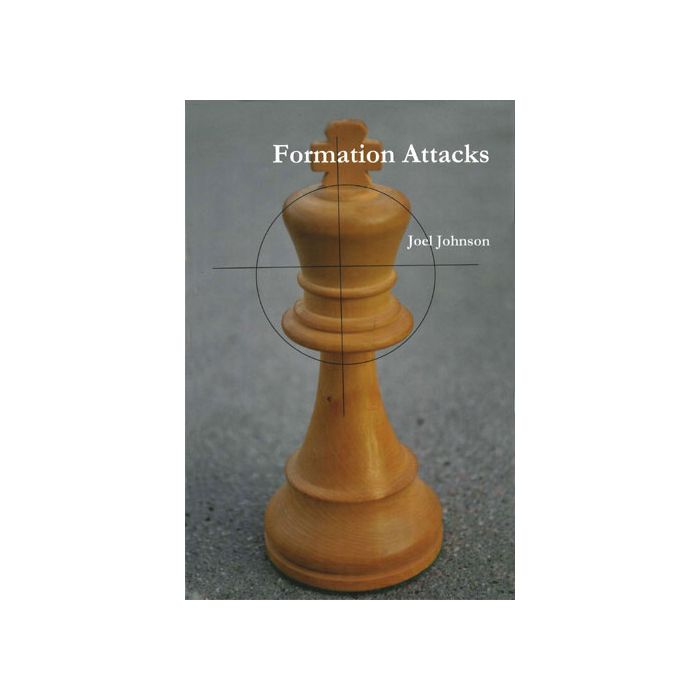 As a Chess Master who has spent many years playing aggressive and attacking chess, I was quite dismayed during a recent visit to my local bookstore. I was in search of a book that covered an array of attacks against many Pawn formations in an organized fashion.

Needless to say, my search came up empty. The books on attacking fell short in many ways. Many of the books were simply a small collection of attack games with no instruction about the art of attacking or about the skills required to become a great attacker.

None of them provided the reader with any reference information about attacking or the weaknesses of various Pawn formations. None of them contained games with attacking themes like the Traxler Variation of the Two Knight's Defense, and the Jack Young Fishing Pole.

None of them contained any wild attacking ideas that can stream from opening gambits such as the Blackmar-Diemer Gambit, King's Gambit, Scotch Gambit, Nakhmanson Gambit, etc.
So, as a result, I felt compelled to write the ultimate attack book, and this it!

Ricky Kennedy, Chessville:
"Formation Attacks is full of heart, wisdom, aggression, – and, at 500 pages, is a seriously heavyweight contender. This title easily goes the distance, and those who read it and study with it are sure to come away with some champion-sized results."

Leonard McLaren, New Zealand Chess:
“An entertaining instruction manual on attacking the king (..) many attacking brilliancies by the world's best players of the last 180 years (..) The book has high production values. (..) Johnson writes in a straightforward robust style."

Life Master Brian Wall, two-time Colorado State Champion:
"I piled up Chess books and asked everyone to choose based on being stuck on a desert island. The big winner was Joel Johnson's 'Formation Attacks'. (..) Everyone I showed the book to loved it (..)."

Harold Dondis and Patrick Wolff, The Boston Globe:
"A detailed and rich collection of chess themes (..) This book has required intense preparation and is already a popular book. It is a valuable source for those players interested in viewing the attacking aspects of chess."