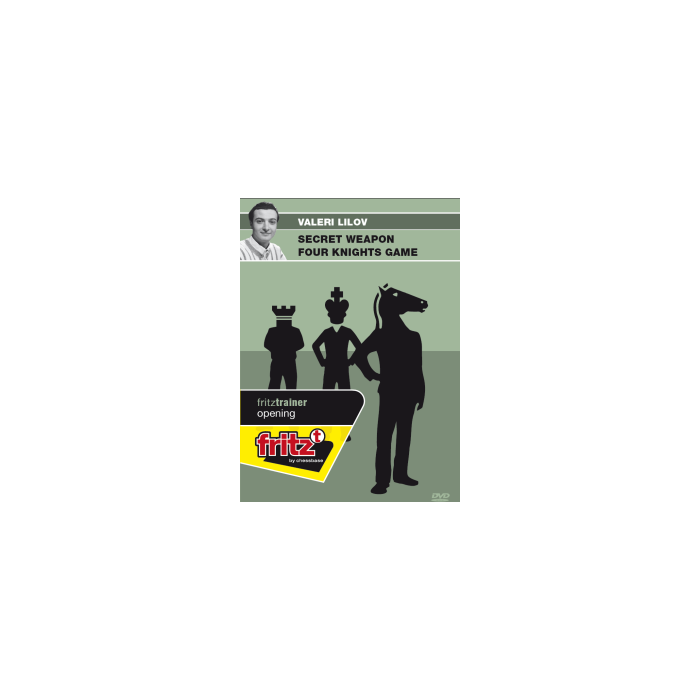 The Four Knights Game is a strong opening system that White can employ to crush his or her opponent with its ostensible simplicity.

In the present DVD, FM Valeri Lilov takes on the task of acquainting you with the quirks of one of his favourite openings. Quite an experienced player of it, he demonstrates to you its power and flexibility when played from the white side by famous top GMs like Carlsen and Radjabov.

In a number of carefully planned lectures, the author devotes time to explaining different variations in this opening system and illustrating the correct plans and ideas for every continuation with sample master games.

Some of the major lines discussed include the Spanish Four Knights and the Scotch Four Knights, as well as the Belgrade Gambit and the Glek Variation