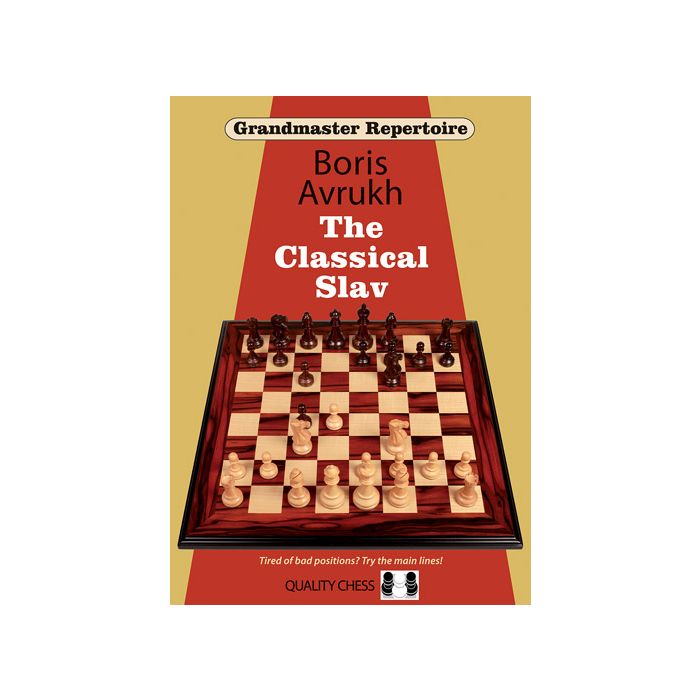 About / Grandmaster Repertoire 17 - The Classical Slav

White’s early deviations from move 3 onwards are also covered. GM Boris Avrukh has had the Slav in his repertoire throughout his career and has never lost a serious game with it.

• A world-class repertoire against 1.d4
• Many innovative solutions taking theory in new directions
• Written by one of the world's most renowned opening experts

Boris Avrukh is a grandmaster from Israel. He is an Olympiad gold medallist, former World Junior Champion and analysis partner of World Championship finalists. Avrukh's previous Grandmaster Repertoire books have received universal rave reviews, including winning the ChessPublishing Book of the Year award both in 2010 and 2011.

From the Preface by Boris Avrukh:
"Of course this is a repertoire book, but in a few cases I have offered two options for Black. For example, after 1.d4 d5 2.c4 c6 3.Nc3 Nf6 4.e3 I was delighted to prove the soundness of the relatively new idea 4...Bf5!?, which often leads to exciting sacrificial play.

On the other hand, for those who like Chebanenko-type positions (and dislike gambits!) I have also covered 4...a6. Indeed, set-ups involving ...a6 are featured in a few other lines as well.

Also after 3.Nf3 Nf6 4.Nc3 dxc4 5.a4 Bf5 6.Ne5 I have given two lines, though both start with 6...Nbd7. My main choice is the famous Morozevich Variation with a later ...g5, which I eventually realized is both aggressive and solid – a fine combination! The other line I recommend is much less well known, and I will leave the details as a surprise for later.

The book contains plenty of remarkable ideas, some of which arise at a surprisingly early stage. As usual, I tried to advance the state of theory rather than just repeat the current state of practice. I hope that every reader will enjoy my work and have great success with the Slav."

Carsten Hansen, ChessCafe:
"Avrukh does a fabulous job of piecing together a repertoire, presenting it in digestible format, and then analyzing the chosen lines in incredible detail."

Martin Rieger, Rochade Europa:
"An outstanding repertoire book, just as essential as the air that you breathe?!"