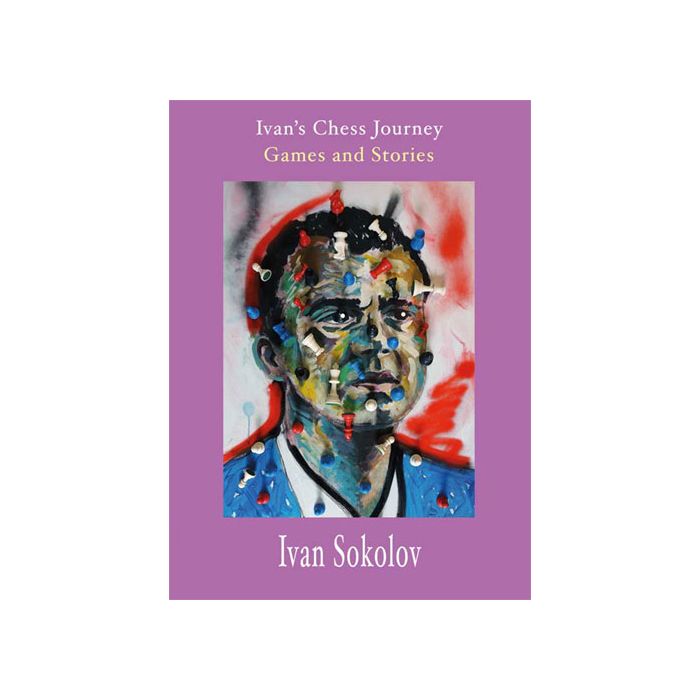 Ivan Sokolov was one of the most furious attacking and creative player of his time.

The author presents an overview of his Life in Chess, full of entertaining unpublished material.

He is not shy to share his opinions and promises the reader a personal roller coaster loaded with fun stories an unexpected twists.

We are convinced you will enjoy the ride!

Ivan Sokolov was born in Bosnia in 1968. He was and still is one of the most flamboyant attacking players of his time, reaching several times, over a period of 13 years, the top 12 spot in the FIDE ranking.

He notably has beaten world chess champions like Smyslov, Kasparov, Kramnik, Anand and Topalov. The list of first places he took in his life time achievement is immense, we remember him winning most recent, the World Open (Philadelphia), the Politiken Cup (joint first, in Denmark) in 2012 and the Admiral Niels Cup in 2013. Not to forget he was also the national Yugoslav champion in 1988 and Dutch in 1995 and 1998.

He is also a successful and beloved writer bringing bestsellers as "Winning Chess Middlegames", "The Ruy Lopez Revisited", "The Strategic Nimzo- Indian" and "Sacrifice and Initiative". His columns in the last Chess Informants are also widely appraised. As a commentator he was best known to entertain his public at the Tata Steel tournaments in Wijk aan Zee.

He is currently being employed in Dubai as a National team coach.