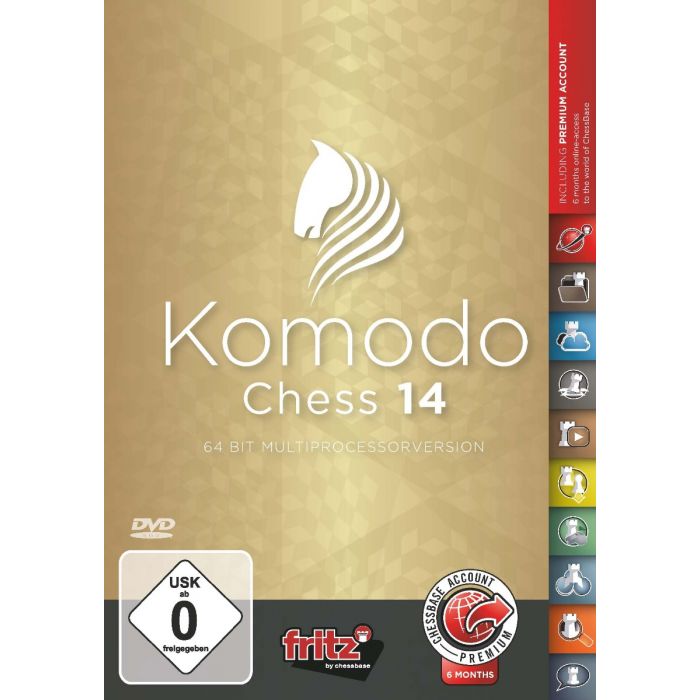 Komodo 14 thinks like no other chess program
Inspired by AlphaZero, two years ago Komodo programmers GM Larry Kaufman and Mark Lefler began to redevelop their engine from the ground up. A good decision, since Komodo 13 was setting new benchmarks not only on the basis of its performance, but also because of an innovative approach with “MCTS” (“Monte Carlo Tree Search”). Komodo 14 continues with that successful concept. In addition to a further improvement in playing strength Komodo 14 offers exciting new functions for the configuration of the engine.

Playing strength meets individuality
The new Komodo 14 is once more 40 Elo points stronger than its predecessor. But what is quite new is how it can be varied. In addition to the standard version there are seven other “personalities”: various playing styles (aggressive, defensive, active, positional, endgame, beginner and human) which can, moreover, be combined. That allows you to simulate different styles or strengths of human opponents. And for analysis, too, this provides new options: switch the engine over to “aggressive” whenever you suspect that the position offers enough attacking potential for a win, or go into the positional mode if the position demands well thought out strategic play!

Match winner and analysis partner
It is delivered with two versions of the engine: the playing strength of the standard version is somewhat stronger than the “MCTS” version, so long as the engine only has to calculate one variation at a time. If the number of variations is increased, however, the very much improved “MCTS” version is your first choice!