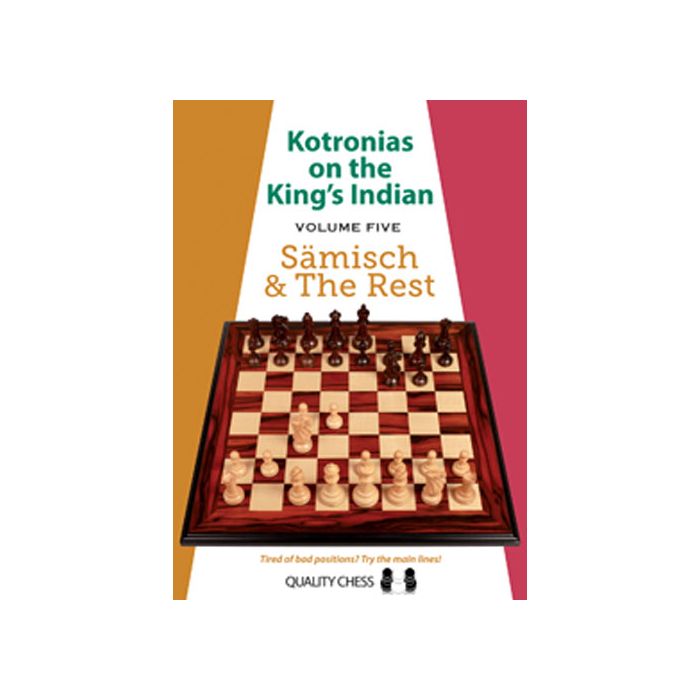 About / Kotronias on the King's Indian - Volume 5

The King’s Indian Defence is one of Black’s most combative responses to 1.d4. A favourite of both Fischer and Kasparov, it remains a popular weapon at all levels of play.

In this, the fifth and final volume of the epic Kotronias on the King’s Indian series, Grandmaster Vassilios Kotronias completes his masterpiece by tackling all major variations after 1.d4 Nf6 2.c4 g6 which were not covered in the previous volumes. Starting with 3.f3 and working through numerous set-ups including the Smyslov, Sokolov and Seirawan Systems, followed by the Four Pawns Attack and culminating in the mighty Sämisch System, Kotronias has produced perhaps the finest book of his career.

As in previous volumes, the author supplements the hard analysis by sharing his expert knowledge of typical manoeuvres and positional motifs. Once again, a selection of test positions has been provided, enabling the reader to sharpen his tactical skills and improve his middlegame understanding.