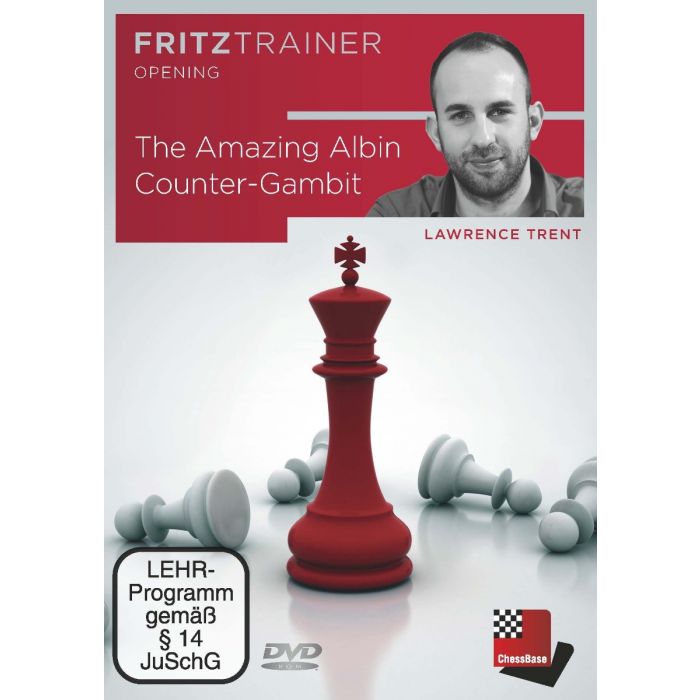 The Albin Counter-Gambit (1.d4 d5 2.c4 e5!?) has been a favourite of Grandmasters and amateur players alike since it was popularised by Adolf Albin in the 1890s. This hyper-aggressive system, which immediately sets out to destabilise White’s position, had a renaissance in the mid-2000s when none other than GM Alexander Morozevich revitalised the opening with a number of fresh ideas and excellent results.

Over the past decade though, the consensus among Grandmasters was that White had found several ‘antidotes’ to the Morozevich setup. However, upon further inspection, not only do I believe the opening is completely sound, but that a number of leading theoreticians may have overestimated White’s chances at achieving a serious advantage.

In fact, as this DVD will show, I believe that it is White who has to take extreme care not to stand worse out of the opening, and that I have found a number of extremely dangerous Theoretical Novelties which will truly put the Albin Counter-Gambit back on the map.

Andrew Martin: The surprising Sicilian! - Shock your opponent with an early ....Qb6