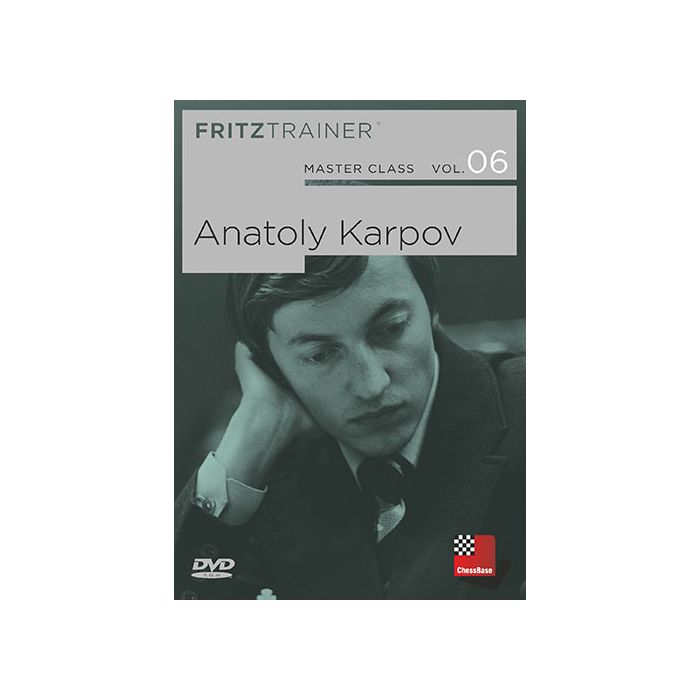 When Anatoly Karpov was 11 years old, he was invited to Botvinnik’s chess school. But the “Patriarch” passed a harsh verdict: “The boy has no clue about chess and therefore absolutely no future as a chess player.” Rarely was a judgement about a chess talent more wrong, for Karpov soon became the best player in the Soviet Union, growing to be considered a serious challenger to the reigning World Champion, Bobby Fischer. But in the World Championship match in 1975, Fischer refused to play and Karpov won by default, becoming the 12th World Champion. He nevertheless proved himself worthy of his title, playing in countless tournaments with exceptional results. Particularly impressive was his style. Thanks to Karpov’s brilliant feel for positional chess, which reminded many experts of Capablanca, he outplayed his opponents again and again with seemingly effortless ease. If you want to improve your grasp of chess strategy, then there is hardly a better teacher than Anatoly Karpov! It took the arrival of Garry Kasparov for Karpov to have an opponent who could challenge him on an equal footing. On this DVD, a team of experts looks closely at the secrets of Karpov’s games. In more than 7 hours of video, the authors examine four essential aspects of Karpov’s superb play. Niclas Huschenbeth takes a look at Karpov’s openings. Our tactics expert Oliver Reeh tests your skills with interactive exercises, challenging you to find Karpov’s brilliant moves. Mihail Marin sees in Karpov’s play great similarities to Magnus Carlsen: by the time the opponent understands what is happening, it is already too late. For endgame expert Dr. Karsten Müller, Anatoly Karpov is “a living legend”. For him, Karpov has “an incredible feeling for the coordination and harmony of his pieces”, something which also shows in his endgames.