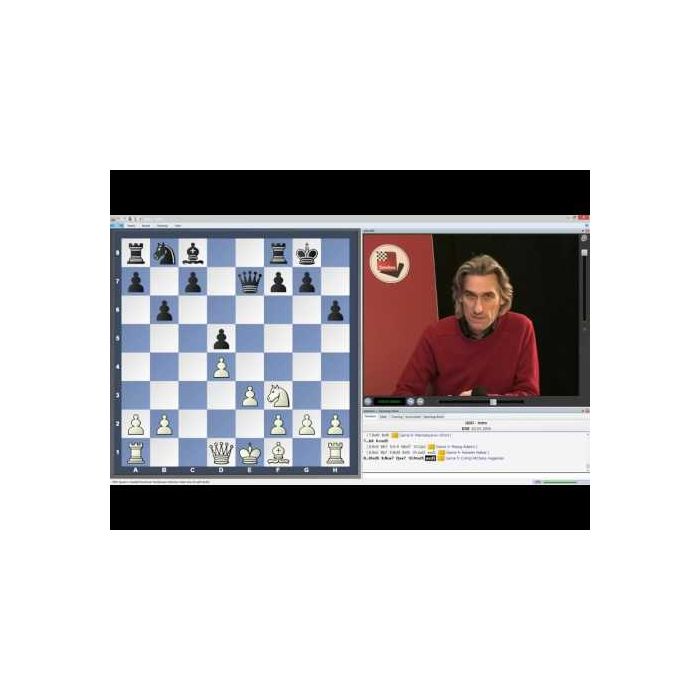 The Queen’s Gambit Declined (QGD) is one of the most reliable openings against 1 d4. With a rock of a pawn in the middle of the board, Black refuses to be pushed over in the centre. Establishing central control gives Black good chances to launch an attack against the enemy king.

On this DVD Grandmaster Daniel King offers you a repertoire for Black with the QGD. The repertoire is demonstrated in 10 stem games, covering all White’s major systems: 5 Bg5, 5 Bf4, and the Exchange Variation. (Black’s options against the Catalan are explored on another DVD).

The Queen’s Gambit Declined is a flexible opening. This DVD explores different systems so that you can keep your opponent guessing as to your choice. One of the great advantages of playing the QGD is that theory is relatively simple: this opening depends on your understanding of ideas, not tricky variations with counter-intuitive computer moves.

This is an interactive DVD. At key moments in the games Grandmaster King pauses and puts you on the spot. You will have to find and play the best move. He then gives feedback in further video clips according to the move you chose. Every World Champion has played the Queen’s Gambit Declined. That speaks for its reliability and quality.