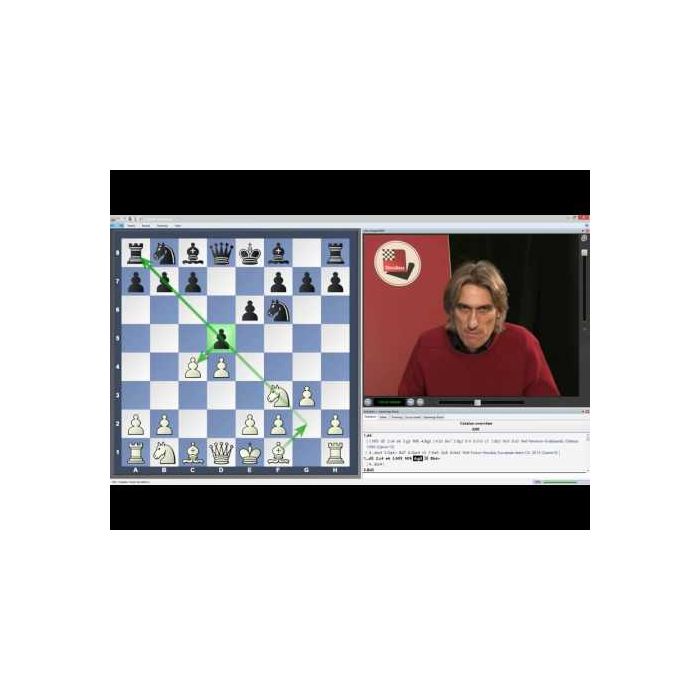 The Catalan is a reliable opening for White, but there are ways for Black to shake White out of his complacency while still maintaining a sound and solid position himself.

On this DVD Grandmaster Daniel King offers you a repertoire for Black against the Catalan, based around maintaining the rock of a pawn on d5. Keeping central control ultimately gives Black good chances to launch an attack against the enemy king.

The repertoire is demonstrated in 10 stem games with the system 1 d4 d5 2 c4 e6 3 Nf3 Nf6 4 g3 Bb4+. The check proves somewhat awkward for the smooth flow of White’s development. All three of White’s responses (5 Bd2, 5 Nbd2, 5 Nc3) are examined. 4...Bb4+ has been played by Magnus Carlsen of late and has been regularly and successfully employed most notably by Anand and Spassky.

One of the great advantages of playing this system for Black is that theory is relatively simple: this opening depends on your understanding of ideas, not tricky variations with counter-intuitive computer moves. Complete games are discussed so that one gains an idea about typical strategies for both sides. More than that, these model games provide inspiration to play the opening.