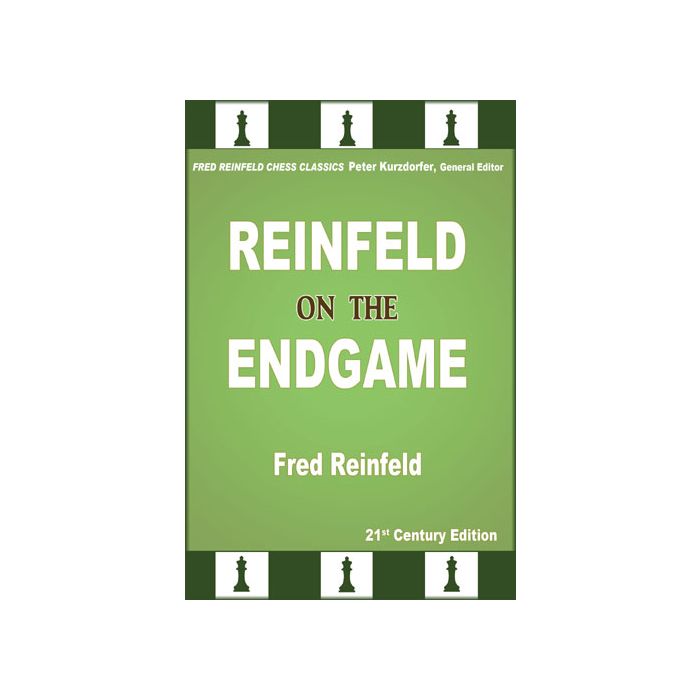 Reinfeld on the Endgame is a very fine specialty book about several aspects of endgames. This charming piece concentrates on a very difficult, too-often glossed over aspect of the transition between the middlegame and the endgame. Transition phases are harder to cover than either of the three favorite phases because they don’t fit quite so neatly into the rigid classification that openings, middlegames, and endgames do. But mastering them is essential to those who wish to master or understand the game at a high level.

Each section is introduced with pithy explanations, and each example is shown and then summarized. It all begins with transitions into a favorable endgame, dividing the topic into material or positional advantages. This skill is often known as winning technique, and a good explanation of how it is done is invaluable. Here we get that explanation by one of the most prolific chess writers of the twentieth century.

Next we get into transitions into unfavorable endgames, which can come from compulsion (fatigue, time pressure, etc.); poor choice of which bad endgame to head for; incorrect appraisal of the character of the ending; and disregard of a specific exception to a general principle (the queenside majority is favorable; bishops of opposite colors draw; bishop vs. knight).

The final two sections cover missed opportunities (missing a win; missing a draw; and double oversights) and defending difficult positions (positional and material disadvantages are covered). Transition stages are among the least favorite subjects for chess authors to explore, probably because they are not so easy to buttonhole as opening, middlegame, or endgame positions. But Fred Reinfeld never walked away from a challenge.

All in all, a wonderful treasure trove of endgame - and general - chess knowledge!