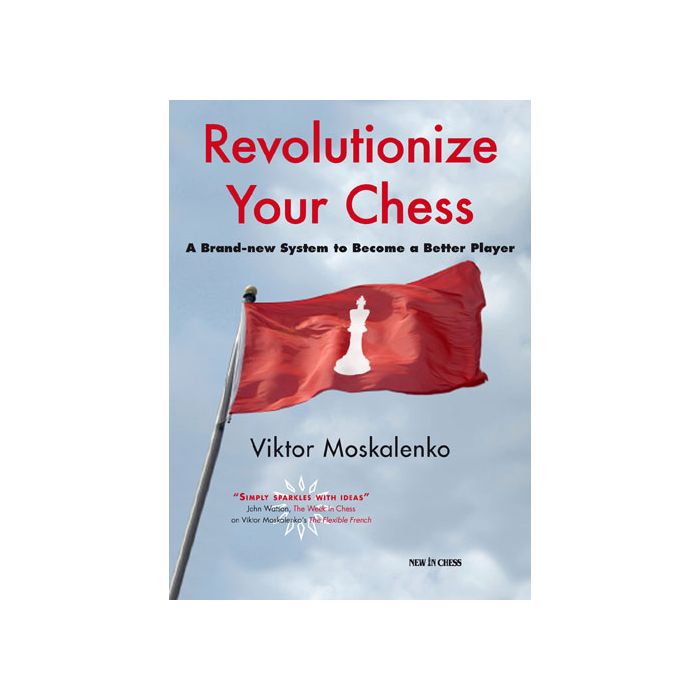 ChessCafe.com 2009 Book of the Year Finalist!

A new concept which teaches players how to develop their personal skills and presents five new basic rules for improving at chess. Moskalenko puts emphasis on the dynamic character of developing the game.

Most chess players fail to make real progress once they have reached a certain level. They focus on studying openings, classical middlegame tactics, the odd strategic theme and a few rules-of-thumb for the endgame.

But when they sit down at the board and face real chess problems they are often clueless. Why is this?

Viktor Moskalenko argues that this is because the general rules of the game have not yet been discovered! He introduces a brand-new system which explains the game as it is actually played.

Moskalenko is a champion of dynamic play, and this dynamic element, so characteristic of modern chess, is his most important addition to the famous theories by Steinitz and Nimzowitsch. And there is more:
· Moskalenko’s Five Touchstones provide players with tools to assess any position
· Club players are shown how to get a good grip on personal skills like intuition, psychology and concentration
· You can measure your progress with The Moskalenko Test

In Revolutionize Your Chess all these aspects are highlighted in lively and instructive analyses of fresh games and fragments. For anyone who wants to get better at chess this book will be a big step forward.

Viktor Moskalenko (1960) is an International Grandmaster, a successful author and a well-known chess coach who has worked with Vasily Ivanchuk. A former Ukrainian champion, Moskalenko remains highly active as a player and has won numerous tournaments in his new home country, Spain.

Bill McGeary, ChessVille:
"This book could be the most complete approach to teaching improving players that I have seen. The format works great to demonstrate how the odd bits of chess work together."

British Chess Magazine:
"A substantial work, rich in ideas for all three stages of the game."

Paul Motwani, The Scotsman:
"One particularly appealing, easy-to-understand feature named 'The Five Touchstones' gives the reader a means of evaluating his/her position and that of the opponent."

Cor Jansen, Provinciaalse Zeeuwse Courant:
"A wake-up call for chess players of all levels (..) You will  not be disappointed."

Stephen Dann, Worcester Telegram:
"Moskalenko does use human games and analysis going back to the 20th century, which are entertaining and give the volume great perspective (ways to mentally view things), sometimes lost today in America."

Richard Vedder, Schakers.info:
"There is a lot to be learned in the practical part of the book (..) In the chapters on the middlegame my eyes have finally been opened."

Carl Portman, Focus Magazine:
"I believe that by improving your awareness of the 'touchstones' you will improve. There are tips, many games and examples to take you through."

IM John Donaldson, jeremysilman.com:
"Not only an excellent guide to systems against the Nimzo-Indian and King's Indian and the black side of the Stonewall Dutch, with fine chapters on isolated queen pawn structures and the Botvinnik System (1.d4 d5 2.c4 e6 3.Nf3 Nf6 4.Nc3 c6 5.Bg5 dxc4), it also doubles as a nice games collection of Moskalenko's best efforts against strong opposition."