A Cutting-Edge Repertoire for White based on 3.f3
Author
Larry Kaufman
Sample Pages 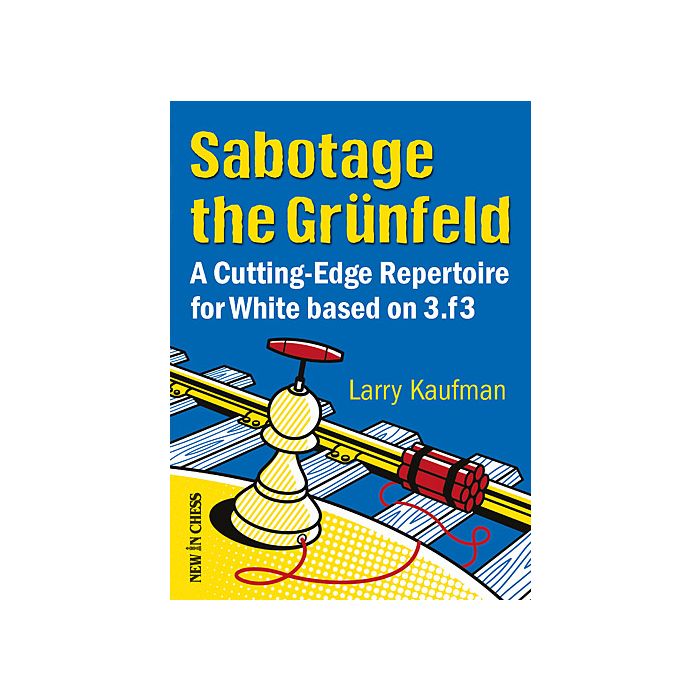 About / Sabotage the Grünfeld

The idea is as clever and original as its inventor. With 3.f3 (after 1.d4 Nf6 2.c4 g6), Alexander Alekhine designed a promising strategy to take Grünfeld players out of their comfort zone.

Alekhine’s find was a great idea in the days of the fourth World Champion and it still is. In fact, its recent revival has opened up a new chapter in chess opening theory. Top players like Vishy Anand and Levon Aronian have used it with success.

The popularity of this variation is easy to understand: it offers White much better chances for an advantage than the normal 3.Nc3 because it makes 3… d5, the favorite reply of Grünfeld players, less attractive.

Sabotage the Grünfeld offers a highly practical repertoire based on 3.f3, covering all of Black’s answers. Larry Kaufman, who has first-hand experience with the variation, has analyzed the lines deeply with the highend computer programs Komodo and Houdini 3.

The ensuing positions are diverse and fresh. White avoids mainstream theory and has a good chance to demolish Black’s position. Kaufman offers a perfect weapon for 1.d4 players who want to steer their game into the direction they want.

With exercises to test your understanding of Kaufman's system.

International Grandmaster Larry Kaufman (1947, USA) became Senior World Champion in 2008. He has been involved in computer chess since 1967, when he worked on ‘MacHack’, the first computer that competed in tournaments with human players. More recently he has been working on the programs Rybka and Komodo. In 2012 he published the chess opening bestseller The Kaufman repertoire for Black and White.

GM Glenn Flear, author of 'Starting Out: The Slav and Semi-Slav':
"Kaufman's work is rigorous and he has been able to find a significant number of improvements that should give food for thought for players of either colour. The book lives up to the title and, yes, unless one is prepared accordingly, the knowledge therein could sabotage many a Grünfeld."

Martin Rieger, SchachWelt:
"This book is nothing else than an absolute horror for every Grünfeld player."

Uwe Bekemann, German Correspondence Chess Federation:
"Kaufman gives a lot of attention to his explanations. In many cases these comments are not very long, but quite to-the-point (..) An extraordinary book."

Dr W.Schweitzer, Rochade Europa:
"An extremely solid opening repertoire, supported by powerful software; but of course Kaufman also regularly gives his own opinion on critical positions, an opinion that not always is the same as the one given by Komodo!"

Max Euwe Centre, Amsterdam:
"A useful starting point for a variation that is rapidly gaining in popularity."

John Hartmann, British Chess Magazine:
"The analysis is unbiased and comprehensive, and Kaufman tends to provide enough verbal guidance to assist his non-master readers. Players looking for a new weapon against the Indian Defences would do well to consider buying this book."

CHESS Magazine:
"This move (3.f3) has been very topical against the Grunfeld at elite level in recent years and the American GM presents a compelling case for taking it up."

B.Wilders, Nederlands Dagblad:
"The choices for both White and Black are presented in a crystal clear way, and 25 exercising diagrams are added for the student of this opening."

Joe Petrolito, Australasian Chess Magazine, on 'The Kaufman repertoire for Black and White'