A universal weapon against 1.d4
Author
Mihail Marin
Out of stock 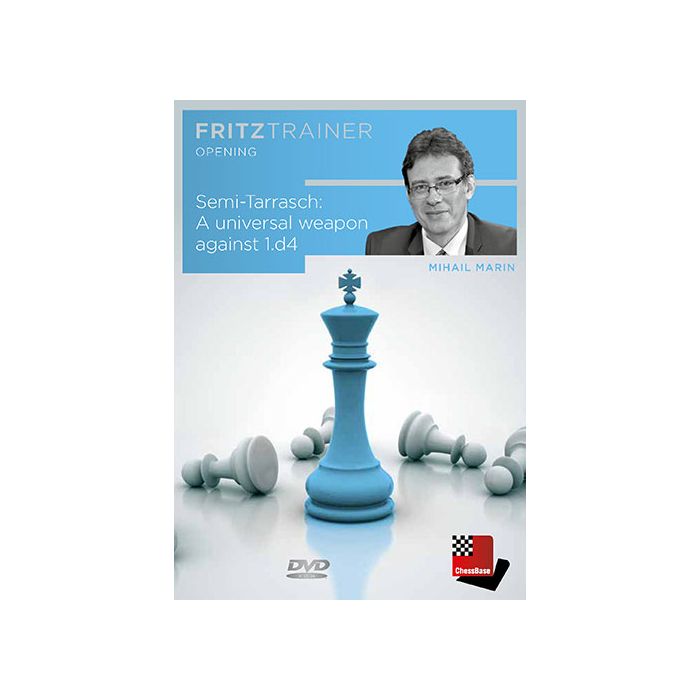 Even though the Semi-Tarrasch cannot offer a complete repertoire against 1.d4, being conditioned of White’s move order, it is an excellent complement to the Nimzoindian Defence. Moreover, it is a viable way of escaping the strategic pressure in the Exchange Queen’s Gambit while also presenting a reliable weapon against the main Symmetrical English systems.

The resulting structures are reminiscent of the dynamic Gruenfeld Defence, but play usually takes by far less forced contours allowing both sides to unfold their middlegame creativity more freely. The f8-bishop’s development to e7 or its early exchange with ...Bb4+ gives up the Gruenfeld type of pressure on d4, but increases Black’s chances to block the d-pawn after the thematic central break d4-d5.

Throughout history, great players like Fischer, Kortschnoj and Kramnik have included the Semi-Tarrasch in their repertoire which strongly speaks about its safe character and Black’s possibilities for counterplay.

The author presents a complete Semi-Tarrasch repertoire for Black, explaining the main strategic ideas of the resulting structures and providing complete analysis against practically all White’s important variations.