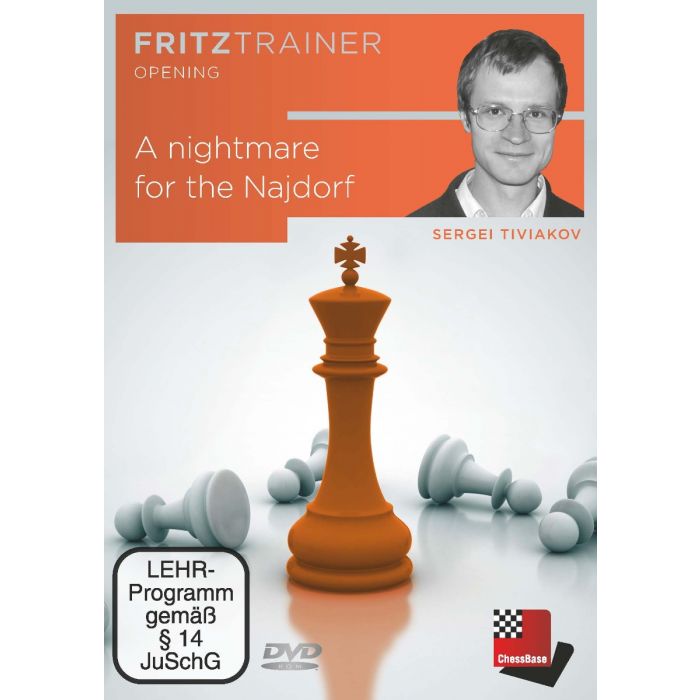 The Najdorf is one of the most dangerous variations of the Sicilian Defense. Fighting against it is always difficult, but GM Tiviakov demonstrates a very effective way to combat this popular opening. Crafty players take the fight to their opponents on their own terms, and starting with 2.Nc3 you’ll learn how to take Najdorf connoisseurs into nebulas territory where they may quickly lose their way.

Rife with examples from his own GM practice, Tiviakov’s clever move orders will arm the White player with tried and true transpositional tricks to force Black into unfamiliar Sicilian variations, the most common of which are the Paulsen and the Dragon variations — both thoroughly covered. Tiviakov reports scoring 80% against Najdorf specialists, so he can surely help 1.e4 players tip the theoretical scales in their favour!