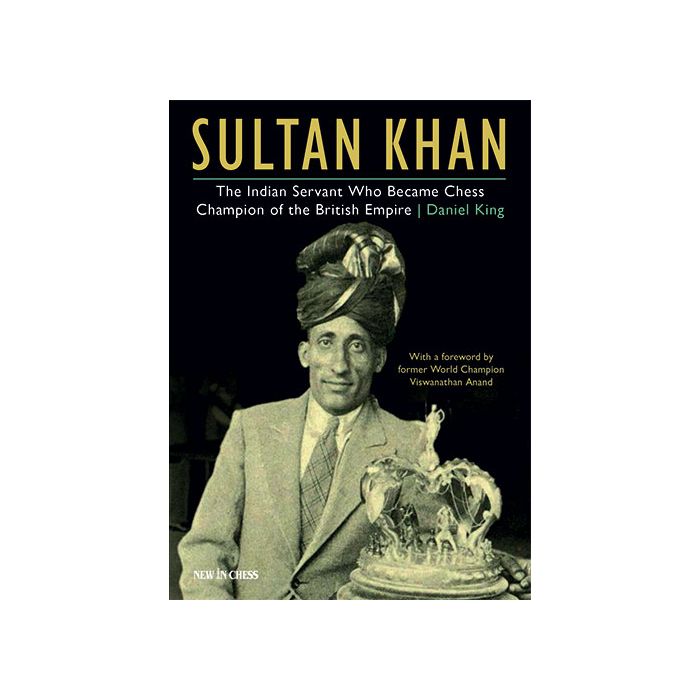 Hardly anyone paid attention when Sultan Khan arrived in London on April 26, 1929. He came from a village in the Punjab and spoke little English. He had learned the rules of Western chess only three years earlier, yet within a few months he created a sensation by becoming the British Empire champion.

He was taken to England by Sir Umar Hayat Khan, an Indian nobleman and politician who used Sultan Khan’s successes to promote his own interests in the turbulent years before India gained independence.

Sultan Khan remained in Europe for the best part of five years, competing with the leading chess players of the era, including World Champion Alexander Alekhine and former World Champion Jose Raoul Capablanca. His unorthodox style often stunned his opponents, as Daniel King explains in his examination of the key games and tournaments in Khan’s career.

Daniel King has uncovered a wealth of new facts about Khan, as well as dozens of previously unknown games. For the first time he tells the full story of how Khan, a Muslim outsider, was received in Europe, of his successes in the chess world and his return to obscurity after his departure for India in 1933.

Daniel King (1963) is an English chess grandmaster, coach, journalist and broadcaster. He has written 16 chess books on topics ranging from opening preparation to the self-tutoring How Good is your Chess? and How to Win at Chess.

“Sultan Khan’s life makes for an extraordinary story, and it is one without parallel. Daniel King is an excellent writer. This is his most interesting work to date. King has done a simply wonderful job of reanimating the life, times and games of the mysterious Sultan Khan.” -- Sean Mars, CHESS Magazine

“King offers a lot more than just the games. He also sketches in the political background behind Sultan Khan’s time in England: the discussions concerning the future of the Indian subcontinent which would eventually lead to independence and the partition in 1947. I thought these sections of the book were written with sensitivity and impartiality.” -- Richard James, British Chess News

“A magnificent book, which is a fine tribute to someone who seemingly emerged from nowhere to win the British Championships three times, take on the world’s best players and seemingly disappear from the chess world. The games are annotated in a high-class manner as you would expect from the English grandmaster and there is always a lot of prose to give a background to the event. There are plenty of photos to remind us of another era. A remarkable chess career captured in the style of a gripping novel.” -- IM Gary Lane, Chess Moves Magazine

“A wonderful book. It’s clear that the key to understanding Sultan Khan’s games and achievements is in context, both on a historical level and on a chess level. King provides a lot of historical background for growing tensions between Great Britain and India in the 1930s. A fantastic addition to chess literature!” -- GM Matthew Sadler, co-author of ‘Game Changer’

“This wonderful book is enjoyable in so many ways – as an account of a meteoric chess career, a chronicle of the times, or a games collection. An excellent biography and one of the best chess books I've read in recent years.” -- Ian Marks, Chess Scotland

“Daniel King’s entertaining biography combines a full account of his games and career with sharp portraits of many of the players he encountered.” -- Jonathan Manley, Kingpin Chess