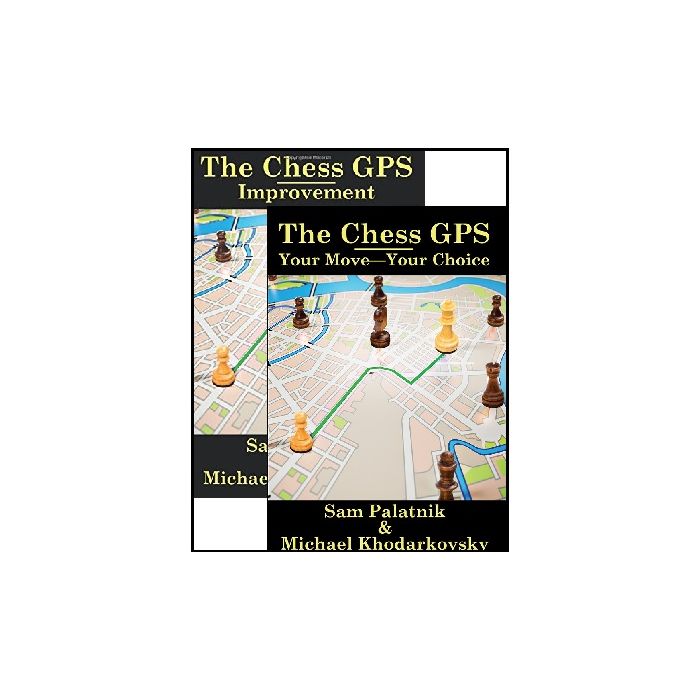 Save 10 % on Two Volumes Combined

The first book in the "Chess GPS" series aims to introduce a new concept in the search for positional advantage and is aimed towards modernizing Steinitz’s theory. In addition to continuous accumulation of small advantages, one should focus his knowledge, talents, life experience, inspiration and fantasy on continuous improvement of his position. Improvement is a universal concept and can be applied towards every position and not just to the ones where there is a clear path to obtaining advantage. You can unblock any obstacles towards realizing your chess personality by taking full personal responsibility for every move. This strategy will move you towards achieving your chess goals. The books in the “Chess GPS” series are designed for more effective focusing the player’s energy and creative skills in the right direction.

The "Chess GPS 2" invites you to delve into the set of requirements declared when choosing a chess move. A fairly common coaching mistake, according to the authors, is recommending that students concentrate on finding the "best," "strongest" move during the game.

Instead, the book attempts to encourage readers to choose the more important move in their opinion among other useful moves. In the end, the player can make an attempt to improve the situation on the board, as he sees it at the moment, based on his experience, knowledge, intuition, and inspiration; this will be the important move that he has the right to make and will be able to justify in the future, while shouldering the responsibility of choosing "his own" move.