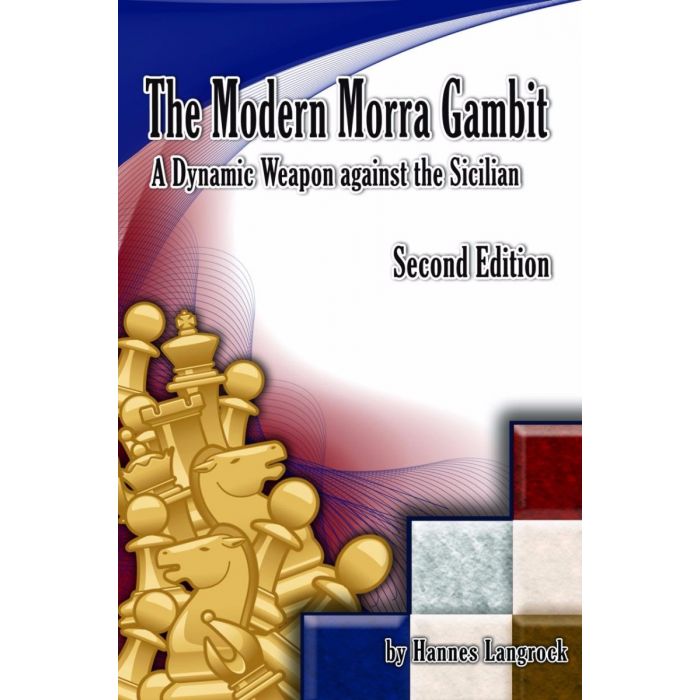 When the first edition appeared more than five years ago, FM Hannes Langrock's groundbreaking work breathed new life into a gambit that conventional wisdom viewed as no more than a nuisance for Black.

A nuisance?! Au contraire! As noted by German GM Karsten Mueller, "The Morra Gambit is well-suited for players striving for tactical and uncompromising play, as White's better development often leads to a dangerous initiative.

Furthermore, traditional Sicilian players may be taken by surprise and removed from their main line repertoire."

In this completely revised second edition, the author probes the secrets of this gambit with tactical acuity and strategic objectivity. He concludes that "Most of Black's defensive systems objectively offer acceptable prospects in a complicated battle.

Nevertheless, I can promise that every talented attacking player who studies the Morra Gambit will achieve excellent practical results. The positions that arise are extremely difficult to play, especially if the defender is not familiar with them."

Hannes Langrock is a German International Master living in Hamburg. He has played the Morra Gambit successfully against both grandmasters and international masters.

He has been a regular contributor to ChessBase and co-author, with Karsten Mueller and Matthias Wahls, of The Modern Scandinavian. In 2002, he was the winner of the German Individual Cup.

John Watson, The Week in Chess:
"A tremendous effort with loads of new suggestions at every turn (...) This excellent book is obviously the essential ressource for anyone playing the Morra Gambit. Defenders of the black side should also be aware of Langrock's analysis."

Carsten Hansen, ChessCafe:
"A very exciting, thorough and inspiring book (...) Go get this book in a hurry!