The Power of Tactics 1-3

The Power of Tactics 1-3

Save 10% on Three Volumes Combined! 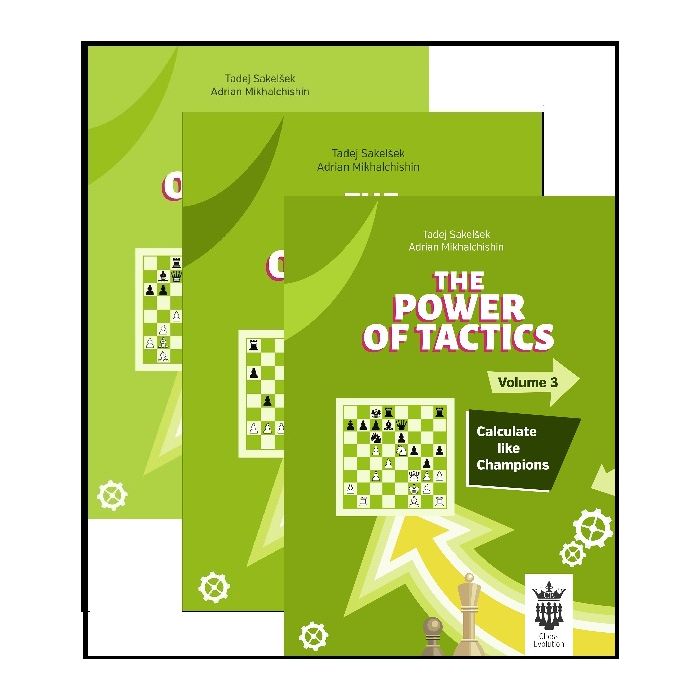 Save 10% on three volumes combined!

Tactics according to Smyslov is the first book of the "Power of Tactics" trilogy by GM Adrian Mikhalchishin and IM Tadej Sakelsek.

"Recently many great puzzle books have been published, but this book is a bit different from the others. The authors have used a unique, and at the same time simple, model for classification of tactical elements. They tried to look at this most important feature of chess through the eyes of a great champion, Vassily Smyslov. His ideas about tactics will make studying the different aspects of this subject much easier. Tactics according to Smyslov is the first of three books in the The Power of Tactics series.

I can heartily recommend this book to all players with a rating up to 1800. You will find enjoyment while solving the puzzles and improving your calculation." GM Georg Mohr

The second book Become a Tactical Wizard is devoted to much more complicated tactical ideas and motifs. We will also continue to develop the ideas from the first book.

The second volume is recommended for players up to 2100 rating.

The third book, Calculate like Champions is built systematically and includes numerous different ‘test your tactics’ elements, such as simple solutions, win the material, tactics according to Smyslov, make a choice, unexpected opportunity, answer the question, play better than the champions, complicated calculation and practical exercises.

The third volume is recommended to all players even up to and including Grandmaster level.