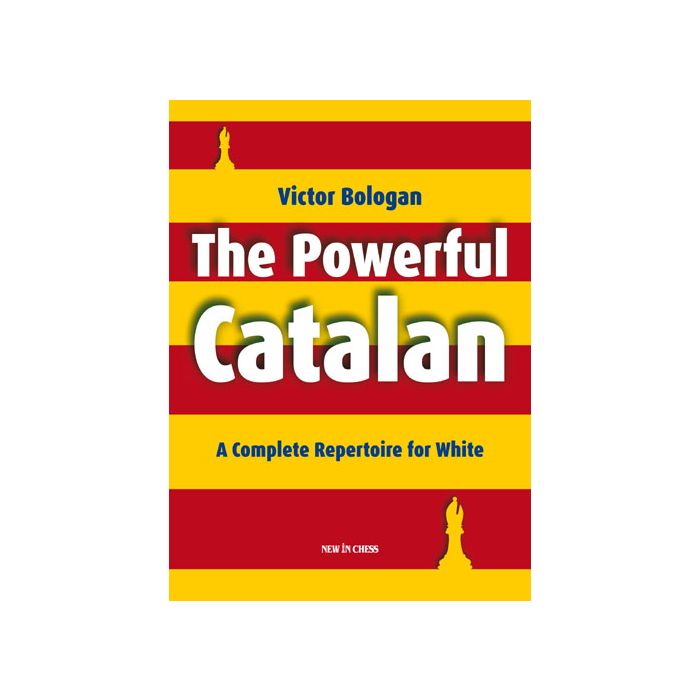 The Catalan is a solid yet flexible chess opening system that is popular on all levels. Both amateurs and top-level strategists such as Vladimir Kramnik and Vishy Anand employ this opening to put a lot of unpleasant pressure on Black.

In The Powerful Catalan grandmaster Victor Bologan presents a complete repertoire for White that covers all of Black’s responses. Also included are those variations where Black tries to steer the game into other openings like the Queen’s Indian or the Tarrasch Defence.

The book is classically structured (starting with the rarest variations before moving on to the most popular ones) and contains original analysis of many recent tournament games. Bologan’s clearly formulated verbal explanations are essential for a good understanding of the strategic plans and the tactical themes of the Catalan.

Victor Bologan is a world-class grandmaster. He has won many tournaments, including the Aeroflot Open in Moscow and the Dortmund super-tournament. He has written critically acclaimed opening books like The Chebanenko Slav and The Rossolimo Sicilian.

Marshtower Chess Reviews:
"Bologan writes very instructively and the material is presented in a very tidy manner, making it admirably accessible. He keeps things very clear and doesn't bog the reader down in complex variations. The explanations are good and the conclusions at the end of each chapter are particularly welcome."

Richard Vedder, Schakers.info:
"An excellent book to begin with when you want to start playing the Catalan."

IM John Donaldson, ChessToday:
"Bologans explanation of what White is trying to accomplish will be just as valuable to the layman as the concrete lines he offers. (..) An excellent and up-to-date work (..) Bologan, with his clear explanation of the aims of both players, has written something that will continue to be useful even after some of his analytical suggestions are inevitably refuted."

GM Glenn Flear, Yearbook 105:
"The author has again demonstrated his ability to advance theory, whilst still explaining what is going on in a manner that everyone can understand (..) The easiest Catalan book to find your way around (..) Even the most complex and theoretical lines are granted textual explanation.""

Carsten Hansen, ChessCafe:
"It is indeed a powerful opening, and unless your opponent is very well prepared, Black can quickly end up with a very undesireble and passive position (..) This book is very interesting and very direct. [Bologan] opens with the coverage of the Queens Indian and Tarrasch Defence transposition options for Black, even delivering a solid path to advantage for White against the Tarrasch. In most lines Bologan demonstrates a way to an edge for White."

Uwe Bekemann, German Correspondence Chess Federation:
"Ideal for those who (..) need guidance in order to be able to concentrate, in the middle of so much theory and game material, on the main roads."

Max Euwe Center, Amsterdam:
"Bologan explains extensively and gives conclusions at the end of each chapter."

Joe Petrolito, Australasian Chess Magazine:
"There is a generous amount of verbal explanations to complement the variations, so that the reader doen's get lost inn all the sub-variations."