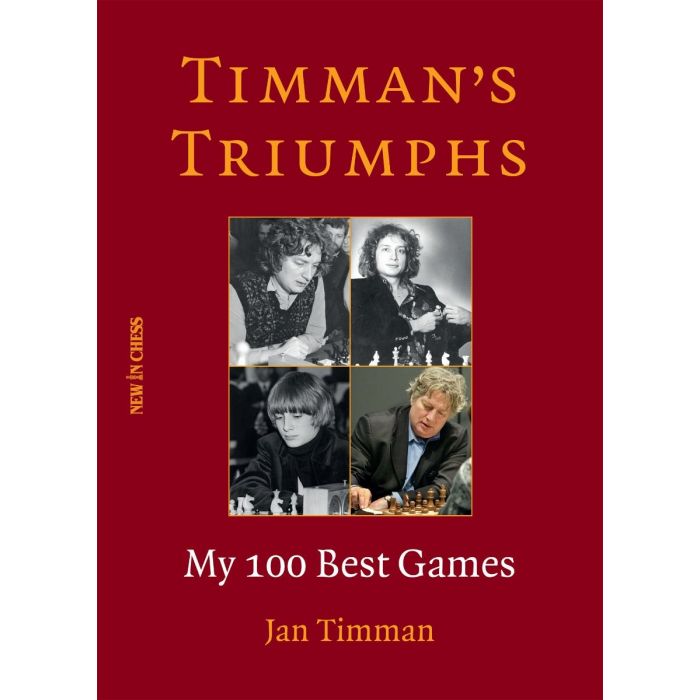 “This is magnificent. The book is dotted with fascinating anecdotes. Jan Timman’s games reflect his adventurous outlook on life. He plays in a swashbuckling style, but always underpinned with a great strategic and positional sense. In this book you will find great positional wins and fantastic attacking chess. Timman is absolutely fearless, always prepared to sacrifice material for the initiative and for the attack. But he also enjoys the beauty in chess. The games are mainly described in words, with variations given only when things get critical.” -- GM Daniel King, Power Play Chess

“Jan Timman takes the readers on a fascinating journey through more than 50 years from the good old days to modern computer times. But his play is the same: always fighting and creative. A worthy successor to Timman’s Titans.” -- GM Karsten Muller, author of ‘Bobby Fischer: The Career and Complete Games’

“All the games are being deeply analysed and Jan Timman is very good at that, as he already showed in his previous books. The richness of variations, the complexity of choices, the balance between calculation and intuition, it’s all there. The book refers marginally to the background and the setting of the fights, the main focus is on the games themselves. Again a beautiful book by Jan.” -- IM Hans Bohm, De Telegraaf

“A new and splendid book by Jan Timman. Once again he shows his ability to reveal in deep analysis the hidden truth in the games. Of course, in between the games there is ample room for fascinating history and anecdotes.” -- Bab Wilders, Nederlands Dagblad

“Just out and a candidate for chess book of the year. There is an abundance of new material, for example eighteen games form the 21st century. Every game is put in its context, often with a funny anecdote.” -- GM Dimitri Reinderman, Noord-Hollands Dagblad

“Recounts the career of the best player in the West for much of the 1970s and 80s.  This volume includes 100 of Jan Timman’s greatest games with instructive commentary accompanied by many interesting stories. This is a book that belongs in the library of every chess player.” -- IM John Donaldson