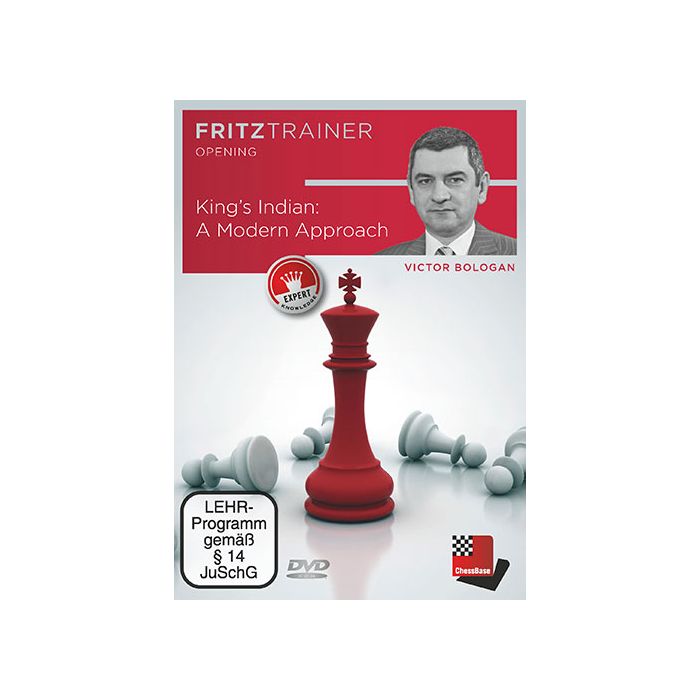 Author Victor Bologan about his DVD: “If chess players are in Iceland, they usually pay tribute to the genius of Bobby Fischer, the 11th World Champion, by visiting his grave in Selfoss in Reykjavik. With this DVD I also want to express my gratitude to Fischer: for his great contribution to chess in

general and because he helped to make the King’s Indian more popular in particular. As a junior, when I was ten years old, my coach advised me to study the openings of Fischer and I discovered the King’s Indian. Later I learned about the different approaches Black has in the King’s Indian. He can keep his structure flexible and put his pawns on d6 and c6; he can play the sharp and principled Nc6 in the classical lines and in some sidelines he can sacrifice a pawn with …b5 as in the Benko. Top players such as Geller, Smirin, Kasparov, Radjabov, Nakamura and Ding Liren all played and

• Database with more than 50 instructive games, extensive analysis of the theory shown on this DVD