The English Opening According to Morozevich
Author
The NIC Editorial team 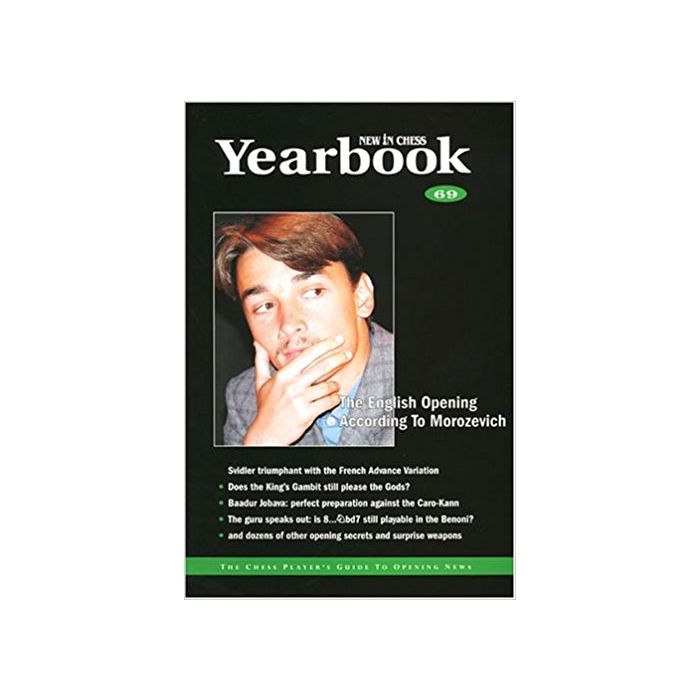 NIC Forum
Readers from all over the world join in discussions of previous surveys. Both (grand)masters and club players shed their light on new opening developments and search together for the truth.

Sosonko's Corner
Genna Sosonko explains the opening according to Alexander Morozevich. Where others try to lure their opponents to unknown territory, Morozevich more often than not joins his opponents! The dream of many an amateur who shies away from voluminous opening monographs and endless Internet sites which produce incessant streams of theoretical material.

Book Review
Which category do you belong to: do you love white water kayaking or enjoy a gentle boat ride on a placid lake?
Three of the four books Glenn Flear has reviewed this time can be described as quiet waters. The fourth one is by Jeroen Bosch, who has revamped his off-beat opening column in New In Chess into a book format. Invigorating material!