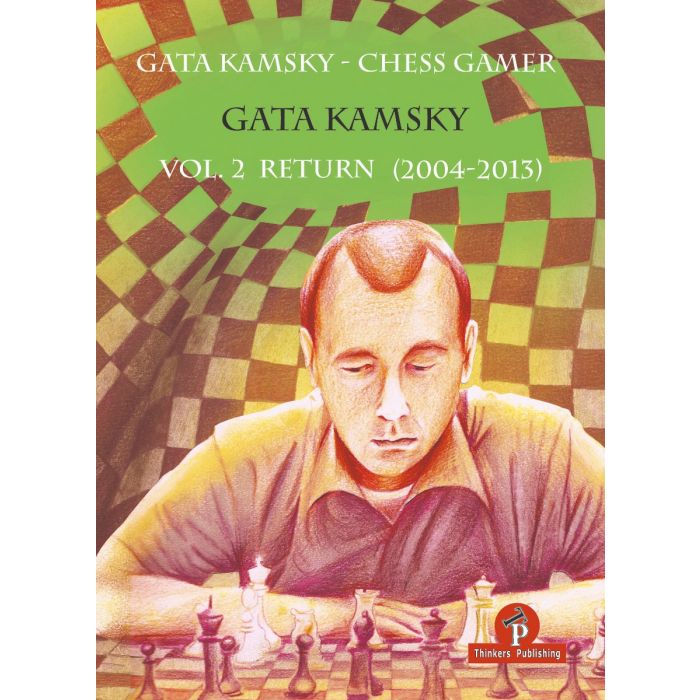 "This is the second volume of my memorable games collection. Here you will find games that I played after my return to chess back in 2004. It had been eight years since my last tournament, and so much had changed for me. I had entered my first marriage and just graduated from Touro Law Center with an eye on my favorite subject, Intellectual Property, and on another new development at the time called cyber law, which dealt with issues related to the internet and international jurisdiction.

At the same time it represented an opportunity for me to return to something that I had devoted so much time and energy to, the game of chess. For the first time in my life I was free to pursue directions of my own choosing.

The decision was a difficult one, but finally I decided to return to chess, feeling that I could somehow positively influence both FIDE and the chess world in general. They were still split and had different world champions, the FIDE one, and the PCA one, which was the more prestigious of the two. The PCA World Champion was Mr. Kramnik, who had succeeded Mr. Kasparov as World Champion in the long line of world championship matches.

Clearly there were some triumphs and failures during this period of my chess career, but ultimately I feel that I have left a certain mark on the generation from which the world’s current top players have emerged.

Once again, in the games that follow, I try to share my vision of chess as a great intellectual battlefield where many factors play a role, including psychology and the science of computer home preparation. For me, there still exists the exciting journey to find the great truth of what is happening on the chess board, and the search for an even greater objective, the beauty of the game. With these in mind, I have selected these games, to share with you the knowledge that I have acquired so far.

I must also caution that some of the views and comments expressed on subjects other than chess will sometimes be found to be quite controversial and not ‘correct’, in which case I would invite the reader to draw his or her own conclusions.

With regard to the structure of the games, I must warn the reader that this book is not intended as a light read; it contains lots of lines and variations that need to be gone over on an actual chess board to understand the point I am making.

Some of the lines are intended to encourage the reader, especially if he’s an advanced or aspiring player, to pursue further research on his own. There are quite a few places where I invite the reader to put himself into the shoes of one of the players and try to calculate some of the lines by himself. Above all, it is important to remember that chess is an instrument in your
hands, and whatever you shape with it can be limited only by your imagination."